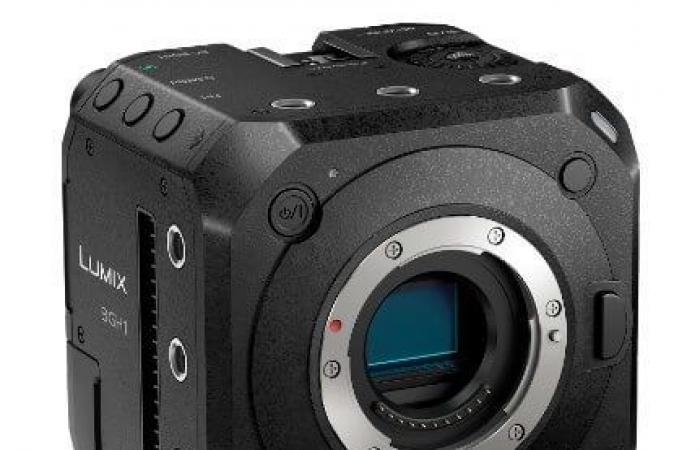 Panasonic is proud to announce the release of the brand’s first box-style LUMIX digital single lens mirrorless camera DC-BGH1. Based on the Micro Four Thirds system standard, the new LUMIX BGH1 uses high mobility, an extensive range of interchangeable lenses and even includes technologies that Panasonic has acquired through the development of professional cinema cameras, camcorders and the LUMIX GH series. Against the background of increasing streaming possibilities, Panasonic offers the LUMIX BGH1, an easy-to-install camera with a high degree of expandability, which enables the control of several cameras, in addition to conventional broadcasting. It can be used in a variety of ways, from recording on drones to IP remote control to live streaming and more

Professional video quality thanks to high sensitivity and large dynamic range
The new LUMIX BGH1 integrates a 10.2 megapixel live MOS sensor with dual native ISO technology and the Venus engine. Dual Native ISO is a technology that seamlessly connects two circuits with a separate native ISO and is used in Panasonic Varicam models for professionals. Typically, the noise increases as sensitivity increases with a single native ISO image sensor. However, the Dual Native ISO image sensor minimizes noise by selecting an optimal circuit that matches sensitivity prior to gain processing. As a result, a highly sensitive recording according to ISO 51.200 is possible.

The LUMIX BGH1 also includes advanced deep learning technology that recognizes specific subjects such as humans and fast moving animals including dogs, cats and birds. Real-time recognition technology detects the head in addition to the eyes, face and body separately for humans in order to enable even more precise focusing. The camera will track the subject even if it moves quickly, turns its back to the camera, tilts its head, or stands far from the camera.

* The angle of view is narrowed when the frame rate is set to 201 fps.

High level of user comfort in the film production scene and scalability with external devices
The LUMIX BGH1 is a compact, lightweight box-style camera. Its body is made of aluminum and magnesium alloy for durability and light weight. The LUMIX BGH1 has a new heat dissipation structure for unlimited video recording. It offers Power over Ethernet + (PoE +) and simplifies installation by providing power, signal and control over Ethernet. Control of a maximum of 12 LUMIX BGH1 cameras *1 is available in the Panasonic LUMIX Tether for Multicam *2 Application. A future firmware update will support IP streaming over wired Ethernet (RTP / RTSP).

The included Ethernet port or the USB 3.1 Type C, 3G-SDI and HDMI Type A terminals can all be used for simultaneous output. The Genlock IN and Timecode IN / OUT functions simplify synchronized video recording with multiple angles and can be integrated into a scalable system with external monitors, rigs and gimbals from other manufacturers.

The LUMIX BGH1 is equipped with two UHS-II SD card slots for backup or relay recordings.

The LUMIX BGH1 will be available in December from estimated distributors for $ 1999.99.

* 1 Operation may be unstable depending on the connection environment and the performance of the connected PC.
* 2 LUMIX Tether for Multicam will be released for Windows and OSX when the BGH1 goes on sale.
* 3 The SDK is published for owners of compatible LUMIX cameras (BGH1, S1, S1R, S1H, S5, GH5S, GH5, G9) on the following website: https://panasonic.jp/support/global/cs/soft/ tool / sdk.html on October 14, 2020.

These were the details of the news Box-style mirror-free cinema and live event camera LUMIX BGH1 With C4K... for this day. We hope that we have succeeded by giving you the full details and information. To follow all our news, you can subscribe to the alerts system or to one of our different systems to provide you with all that is new.