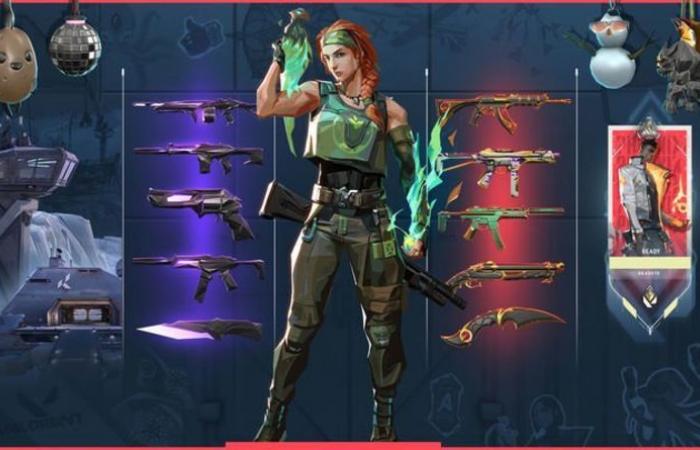 A lot is planned when Valorant Act 3 comes out this week, although not all will be available on release day. The developers at Riot Games were ahead of their plans, including a new map and character. The good news is that most things will be available to try this week, with the Battle Pass being one of the main attractions. We know what’s next and what is worth planning with the start of the new competitive season.

WHEN DOES VALORANT ACT 3 START THIS WEEK?

The developers at Riot Games have confirmed that the release date for Valorant Act 3 is scheduled for Tuesday, October 13th, 2020.

While there’s a lot planned for the week, players should know that a new Battle Pass and Ranked Season will also go live.

While we don’t know exactly when Valorant Act 3 begins October 13, we do know that the last time you can line up for a ranked match is before Act III begins in NA at 4:30 p.m. PT.

There are reports that there will be a relatively short downtime and maintenance for Act 3, which could mean the Valorant update goes live after 6 a.m.

The way Riot Games is patching Valorant should mean Act 3 goes live in the UK in the afternoon.

Until we know the official start times, however, it is best to keep an eye on Valorant’s social media feeds.

A message from Riot Games added, “Moving Icebox out of Episode 2 involves a tradeoff: we will be delaying the release of our newest agent for two weeks (one patch cycle) after Act III starts.

“Put simply, our last patches weren’t the most stable and we know more of you want Icebox.

“By delaying the release of a new agent, we can better handle any problems that may arise when starting with Patch 1.10.

“I’m not going to lie, the Act III patch is a bit scary given the amount of content and the potential for instability.

“We want to be faster when it comes to solving problems or exploits. This delay gives our team some leeway to ensure that the current agents are playing well with the new map (invisible spy cameras, invincibility, teleporting to the wrong neighborhood, etc.) before introducing another variable. ”

The following comes with Valorant Act 3 on October 13th:

An abandoned Kingdom research facility in the arctic wilderness is the next place to develop your goals and skills. Pierce the thick blanket of snow as the attacker to plant the spike. And play as a defender with ziplines to reach new and dangerous heights. The two destinations on Icebox prefer frequent combat, sharp aiming, and adaptive gaming.

These competitive changes in Act III hope to improve your rank as we work on the long-term health of organized team play:

The Battlepass returns with improvements for Act III – revised weekly mission progression for faster unlocks and additional epilogue levels. Collect heads, rake the XP, and then grab Act III exclusives like the Chilly McFreeze Gun Buddy to match your arctic battles, the Radianite Hazard Player Card and the Viper Spray to remind you to Wash your hands.

Buy the Act III Premium Battlepass to unlock additional levels of VALORANT items such as the Ruin Vandal, the “Disco Ball” Gun Buddy and the Surge Bucky (with variants!).

Singularity exists in a distant future that is vast on its way out of the afterlife. Powerful, abstract and mysterious. Nobody knows where it came from or how it came about. Take advantage of the unstable power on Phantom, Sheriff, Specter, Ares and Melee when you buy the Singularity bundle.

These were the details of the news Valorant Act 3, Battle Pass release date, when does Act 3... for this day. We hope that we have succeeded by giving you the full details and information. To follow all our news, you can subscribe to the alerts system or to one of our different systems to provide you with all that is new.