The iPad Air 4 is approaching its release date – here’s... 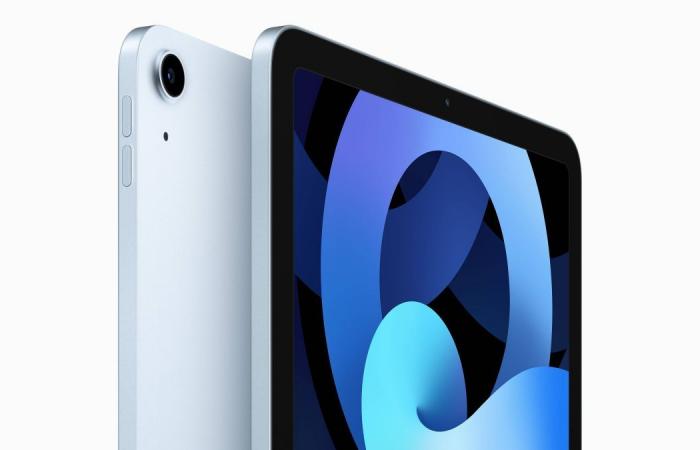 At the “Time Flies” event last month, the iPad 2020, the Apple Watch 6 and the Apple Watch SE were presented and went on sale almost immediately. A brand new iPad Air was also unveiled, but the company didn’t want to commit to a release date, just saying that the thin tablet would show up sometime in October.

A third of the way through October and there’s still no sign of the iPad Air 4, but it looks like we won’t have to wait too long. First, Bloomberg’s Mark Gurman

Shipments of new devices have started landing at Apple stores for opening at a later date — likely the iPad Airs going on sale this month. Too early for the iPhones.

that “shipments of new devices end up in Apple stores to be opened at a later date.” He added that this is “too early for the iPhones,” which means it is likely the new iPad Air. Then another leaker, Jon Prosser, announced that Apple would tell us the release date of the iPad Air at the iPhone 12 event on Tuesday.

That makes sense to us. Why shouldn’t Apple take this opportunity to remind an audience already excited about the iPhone 12 that its newest tablet is also a great companion?

Both leaks didn’t reveal the actual release date, but it wouldn’t be surprising if Apple made the iPad Air available immediately after the event – especially if the iPhone 12 is slightly delayed in availability. In any case, there are only three weeks left in the original launch window, so buyers don’t have to wait long.

We already know how the new iPad Air will improve over its predecessors. First, it’s been redesigned a bit and is more similar in design to the iPad Pro than before with an edge-to-edge display. The home button is gone, but Touch ID isn’t – just moved to the on / off switch. It supports Magic Keyboard and the second generation Apple Pencil for scribbling and taking notes.

Of course, it wouldn’t be an iPad upgrade without specs, and the new model gets the latest A14 Bionic chip from Apple. Apple promised a 40% increase in performance over the previous version, and leaked benchmarks suggest that the company was on the brink of being modest in that regard.

The new iPad Air will be available in 64GB and 256GB variants and will cost $ 599 and $ 749 for Wi-Fi-only models or $ 729 and $ 879 for versions with built-in cellular connectivity. Look forward to a full evaluation from us soon.

These were the details of the news The iPad Air 4 is approaching its release date – here’s... for this day. We hope that we have succeeded by giving you the full details and information. To follow all our news, you can subscribe to the alerts system or to one of our different systems to provide you with all that is new.