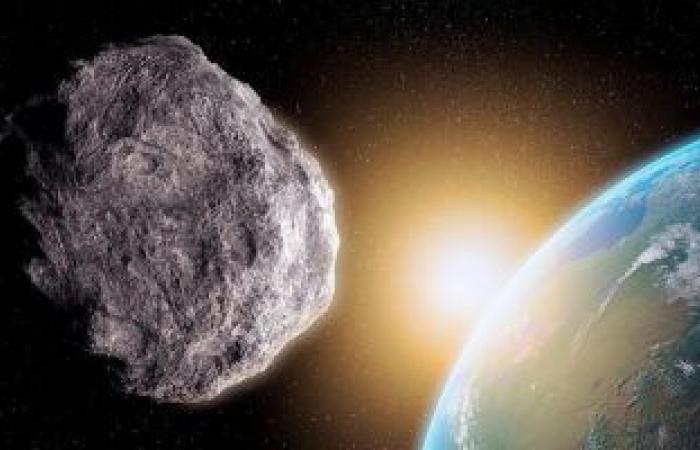 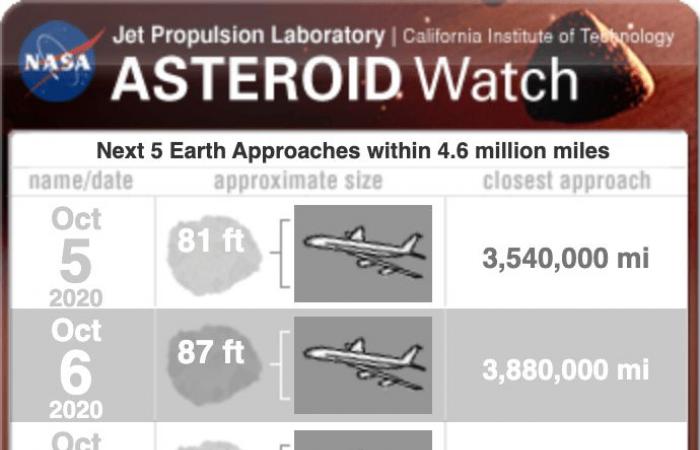 Another warning has spread from NASA about an imminent barrage of space debris, represented by at least 4 asteroids flying near us, starting from Tuesday, through tomorrow, Wednesday, and ending their transit on Thursday, and while September ended with the passage of three asteroids on Earth in recent days, the This week in October, another group of asteroids will pass by Earth.

According to the Russian rt site, it is assumed that one of them has already passed yesterday, October 5, 2020, where the RV2, which is almost half the height of the Arc de Triomphe in Paris, and its diameter is 25 meters, passed us at a distance of 5.69 million kilometers. Today, 6 October, it is expected. That the asteroid RR2, which has a diameter of 26 meters, passes a safe flight distance of 6.2 million kilometers.

And it is not surprising, given the constant bleak state of planet Earth’s inhabitants from all sides, that asteroids are now starting to appear massively in humor on the Internet, and people are coming up with cinematic ideas about asteroids, and fortunately, there is no immediate danger from outer space at the time. Present.

It is also expected that a “harmless” asteroid will pass through the Earth around the time of the American elections, and news of the approaching asteroid 2018 has dominatedVP1 From our planet that precedes the general elections in the United States headlines around the world, but there is no need to worry about the possibility of it colliding with Earth, and 2018 is notVP1 A surprise for scientists, as its name suggests, it was discovered in 2018 while it is 450,000 km away from Earth, and has an orbital period of two years, and it is now on its way back to us again.

These were the details of the news NASA: Four asteroids are on their way to Earth in the... for this day. We hope that we have succeeded by giving you the full details and information. To follow all our news, you can subscribe to the alerts system or to one of our different systems to provide you with all that is new.