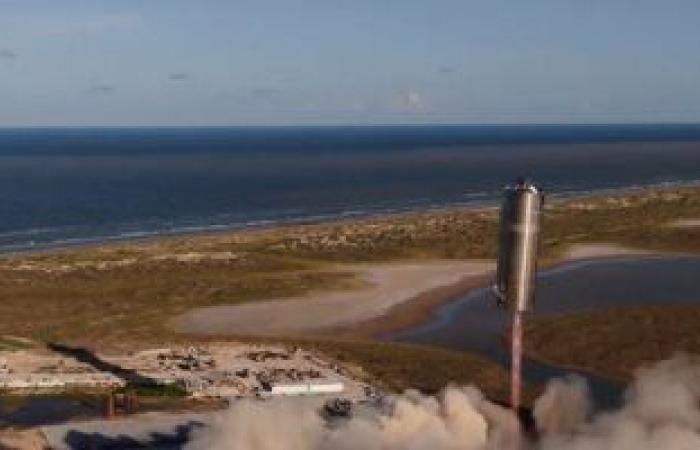 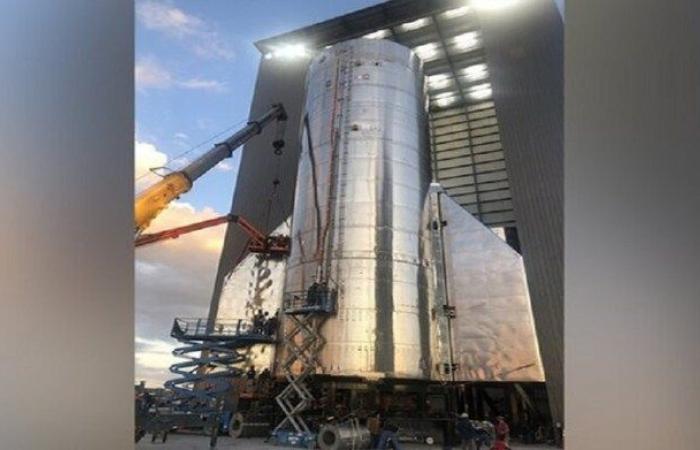 Elon Musk, President of SpaceX, posted on Twitter a picture of the Starship spacecraft with its tail module, which will make its first flight to an altitude of 18 kilometers. It will be equipped for the first time with a streamlined head, too, and the model will be equipped with three engines instead of one.

On September 13, Musk promised to complete the assembly process within two weeks, but the process has not ended and is still continuing, and in early September SpaceX conducted a successful test of a prototype of the Starship spacecraft with a single engine and without the streamlined head. Prototype to 150 meters, and then returned to the ground.

On the other hand, the American company “SpaceX” canceled the launch of the “Falcon 9” missile, which was planned to be launched last Thursday, carrying a new group of “Starlink” satellites for communications and the Internet. This came in a statement published by the company on “Twitter”, and the company said that it The missile did not launch the problems it faced in returning the first stage of the missile to Earth, indicating that the technical condition of the satellites is fine.

These were the details of the news Elon Musk shows an image of the Starship with a tail... for this day. We hope that we have succeeded by giving you the full details and information. To follow all our news, you can subscribe to the alerts system or to one of our different systems to provide you with all that is new.