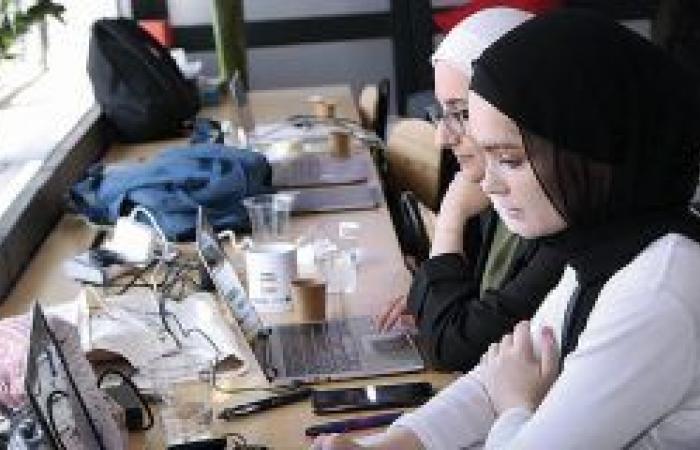 Thank you for reading the news about Child’s play: Coding booms among Chinese children and now with the details

Kuwait - Yasmine El Tohamy - Wearing a pair of black-rimmed glasses and a red T-shirt, an eight-year-old Chinese boy is logged in for an online coding lesson – as the teacher. Vita has set up a coding tutorial channel on the Chinese video streaming site Bilibili since August and has so far garnered nearly 60,000 followers and over one million views. He is among a growing number of children in China who are learning coding even before they enter primary school. The trend has been fuelled by parents’ belief that coding skills will be essential for Chinese teenagers given the government’s technological drive.
“Coding’s not that easy but also not that difficult – at least not as difficult as you have imagined,” says Vita, who lives in Shanghai. The little boy uses his channel to patiently take his students – who are mostly children older than him and young adults – step-by-step through an Apple-designed coding app called Swift Playgrounds Explaining as he goes, he sometimes deliberately makes mistakes to help show common errors to avoid.

“When I am teaching, I am learning new things at the same time,” adds Vita. China has been making huge investments in robotics and Artificial Intelligence (AI), with the government issuing in 2017 an AI development plan which suggested programming courses be taught in both primary and secondary schools. China published its first AI textbook last year, while eastern Zhejiang province listed programming as one subject for its college entrance examination.

For Vita it was his father, Zhou Ziheng, who has been his main support, editing his videos and helping to run the channel. Zhou, a freelance translator of scientific and technology books, started to teach his son how to write codes when he was five years old. “I learnt coding when I was young, so I always believed that Vita learning coding at this age was something normal,” he said. When Vita was four, they started off by playing some coding-related games together, which used icons to replace codes.

After seeing that Vita played these games very well, Zhou decided to help him work on some real codes. This summer, Vita surprised his father by successfully rewriting the codes in an app which didn’t work in an updated system by himself. “I suggested to him to record how he rewrote these codes,” said Zhou, and the idea for online classes was born. Most comments on Vita’s online videos express amazement that he can write code and even teach others at such a young age. “I just learnt how to use the computer when I was eight,” wrote one.

Supply and demand
Parents who don’t have the skills to help can send their children to coding agencies, which are booming thanks to demand from China’s middle-class families looking for the best skills for their children. The value of China’s programming education market for children was 7.5 billion yuan (over $1 billion) in 2017, but is set to exceed to 37.7 billion yuan by 2020, according to Analysys, a Chinese internet analysis firm.

“China’s programming education in public school starts very late (compared to developed countries), so our after-school tutorial agency makes up for this shortage,” said Pan Gongbo, general manager of Beijing-based Tongcheng Tongmei, a coding education centre. The school’s youngest student is only three years old. For children under six, the agency offers a special programme that includes activities like Lego building, which also uses coding knowledge and skills.
According to Pan, children at six or seven are fully capable of learning coding in cognitive development. “Don’t underestimate the learning speed of children. In some of our courses, they learn even faster than our adults,” he said. Ten-year-old Ji Yingzhe has been studying the coding language Python for half a year at the agency – before that, he took a semester-long course on fundamental robot building, which he felt was too simple.

“The codes have already been written for you, and all you have to do is to organise these (code blocks) in order,” he told AFP. Ji’s father sent him to learn programming because he was spending a lot of time playing video games. There was a new rule at home: Ji could only play the games that he created himself. Ji has almost finished writing a simple version of the popular game “Plants vs Zombies”. In November, Vita competed in a coding competition for primary students, held by the Shanghai Computer Society.

He spent two months learning the coding language C++ for the competition, with the help of his father, going all the way to the final despite being among the youngest participants. In terms of what the future holds, Zhou said it will depend on Vita’s interest and ability – but he wants to keep his son down-to-earth. “I told him: ‘you haven’t done anything remarkable,'” said Zhou. “This is just one step of (his) coding learning.” Vita says he is happy just to have fans and followers. “Coding is a long-term challenge,” he said. “(But) download the app and you can start learning now.”- AFP

These were the details of the news Child’s play: Coding booms among Chinese children for this day. We hope that we have succeeded by giving you the full details and information. To follow all our news, you can subscribe to the alerts system or to one of our different systems to provide you with all that is new.