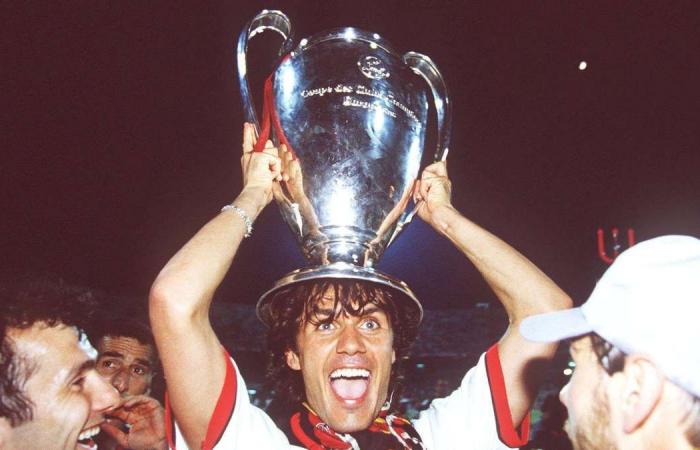 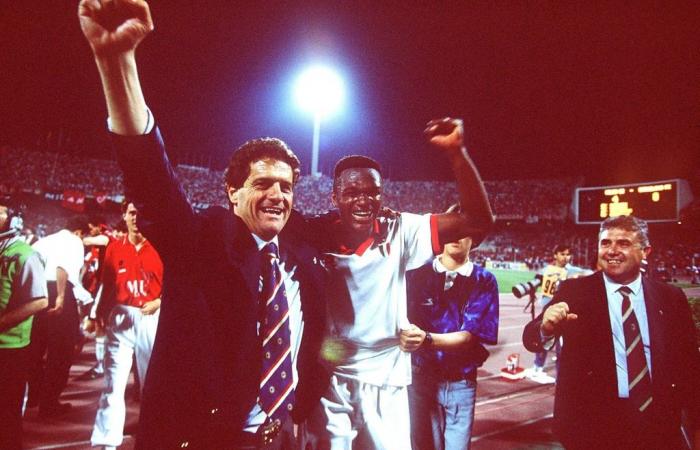 Thank you for your reading and interest in the news On this day, May 18, 1994: AC Milan defeat Johan Cruyff’s Barcelona 'Dream Team' and now with details

Hind Al Soulia - Riyadh - Twenty-six years ago on May 18, football saw one of the greatest ever performances in a European Cup final. Fabio Capello’s AC Milan defeated Johan Cruyff’s Barcelona 4-0 in Athens. It was Milan’s third European Cup in six years, the first for Capello.

And it was all so unexpected. Cruyff’s Barcelona were known as ‘The Dream Team’, they’d won the competition for the first time in 1992 and boasted Hristo Stoichkov and Romario up front with support on the left from Aitor Begiristain. Behind them, Josep Guardiola, Jose Mari Bakero and Guillermo Amor made up a skilful and inventive midfield. They’d finished the Spanish season as champions three days previously with their fourth consecutive league title.

Barca had won only one league title in the previous 17 years, two in 30. They were far from the dominant force they are today, but by 1994 they considered themselves the best team in the world.

If they had a weak point, then it was that their open and successful attacking football left their defence of Sergi, Miguel Angel Nadal, Ronald Koeman and Albert Ferrer, with goalkeeper Andoni Zubizarreta behind, exposed. They had conceded 42 league goals that season while Deportivo La Coruna in second leaked only 18.

Milan had won the European Cup in 1989 and 1990 under Arrigo Sacchi. Until Real Madrid held on to football’s most prestigious cup in 2018, Milan were the last team to retain the trophy.

But Sacchi had left in 1991, opining: “I thought they were a great side near to their sunset boulevard, reaching the end of an unrepeatable cycle of success. Obviously I was wrong. Managed by Capello, Milan won the Champions League and four league championships in five years, one of which passed without any defeats.”

Under Capello, Milan still played the 4-4-2 perfected under Saachi but they were more defensive with defender Marcel Desailly at the back of the midfield. While Barca had scored 91 league goals in 38 games, Milan had scored only 36 in 34 as they became champions of Italy. Milan didn’t have a single goalscorer in the top ten.

“We were very happy because we’d just won the league again,” Eusebio, the Barcelona midfielder who came on for Begiristain after 51 minutes, told The National.

“We were confident. But we had a totally different sensation to Wembley (for the 1992 final against another Italian side, Sampdoria). I can’t explain why. Maybe we had used our concentration on winning the league.

"We only won it on the last day of the season and we finished level on points with Deportivo. Everything was about that and then we had a European Cup final three days later. Milan’s season had finished two weeks before ours and they had time to prepare both mentally and physically.”

Refereed by Englishman Philip Don in front of 70,000 in the Olympic Stadium where Milan would defeat Liverpool in another final 13 years later, Capello’s side were on top from the whistle.

“We noticed the difference right from the start,” explains Eusebio. “We didn’t have the hunger they had. There were similarities with Rotterdam in the final three years earlier – we met a more motivated opponent, a tactically excellent one too. Desailly, Maldini, Savicevic, Massaro – they played the perfect game, the whole team did.”

Massaro put Milan ahead after 22 minutes, knocking in a cross from Savicevic who had glided past Nadal. And Massaro also got the second as the half time whistle was about to be blown, a team goal involving Savicevic, Boban, Panucci and Donadoni.

“The Spaniards’ defensive shortcomings were ruthlessly exposed,” wrote The Guardian in the 284 words they could spare a major European final which didn’t involve a British side.

“In time they were reduced to bewildered bystanders…Massaro's strike on half-time was equally crisp but far more eye-catching, as a flourish of the left foot sent the ball unerringly into the far corner from 15 yards.”

Savicevic – who else? – lobbed in the third two minutes after the break. Barca were on the ropes and Desailly curled in a glorious fourth. The game was not even an hour old.

“The press, especially the foreign media, gave us no hope,” said Maldini, who would go on to make more Milan appearances than any other player.

“Barcelona were certainly a good side, but we knew they had weaknesses and how to exploit them and we went for it, ruthlessly. We played an almost perfect game. We completely stifled difficult opponents and gave them almost nothing.”

Even Barca’s goalkeeper Zubizarreta admitted: “They were just perfect.” He would be one who paid the price as Cruyff, to the disgust of many Barca fans, moved him to Valencia, explaining that he felt Carles Busquets was better suited to his system – a better ball player.

Guardiola would use goalkeepers for exactly the same purpose 15 years later, but while Guardiola’s teams were undoubtedly immense in the 2009 and 2011 Champions League finals, even they couldn’t match the 4-0 score line of Milan in 1994.

These were the details of the news On this day, May 18, 1994: AC Milan defeat Johan Cruyff’s Barcelona 'Dream Team' for this day. We hope that we have succeeded by giving you the full details and information. To follow all our news, you can subscribe to the alerts system or to one of our different systems to provide you with all that is new.