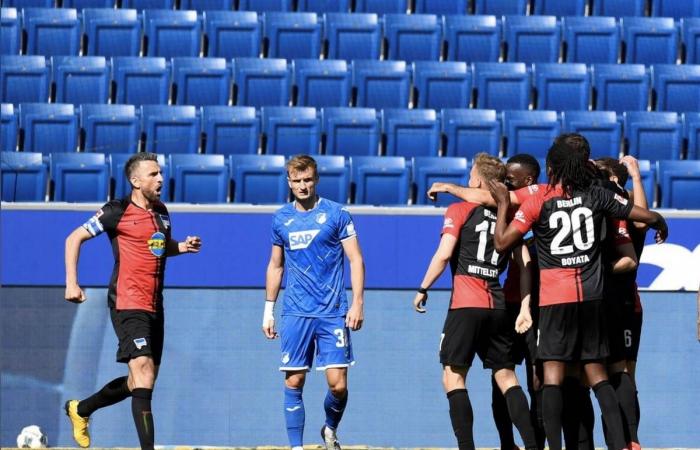 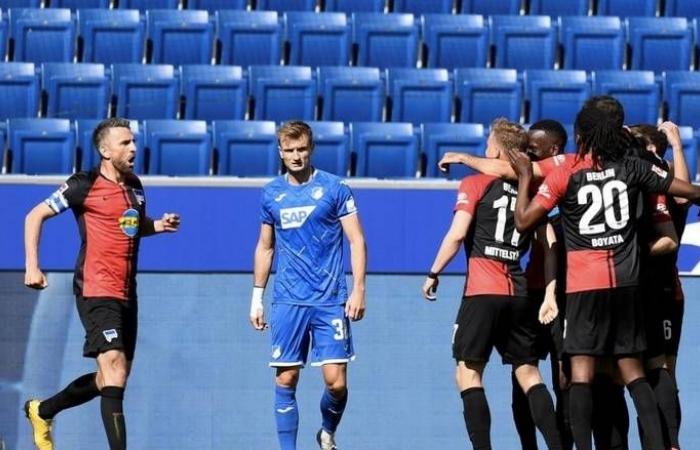 Hertha Berlin's Bosnia forward Vedad Ibisevic scored against his former side Hoffenheim as they claimed a 3-0 win with second-half goals at an empty Rhein-Neckar-Arena on Saturday, moving them further away from the Bundesliga relegation places.

Brazilian Matheus Cunha also netted a late goal after Hoffenheim's Kevin Akpoguma opened the scoring with a calamitous own goal, a sign of rustiness from the hosts as league action resumed after a two-month pause due to the Covid-19 pandemic.

The victory moves Hertha up to 11th with 31 points from 26 matches, eight points clear of the drop-zone and within two places of free-falling Hoffenheim, who remain on 35 points and are now without a win in seven games.

The empty stands gave the match a pre-season feel, and at times the quality was poor with misplaced passes and the lack of a clinical touch in front of goal until Hertha sprung to life in the second period.

The result was a dream debut in the dug-out for new coach Bruno Labbadia, who had just seven training sessions with the squad following his appointment to replace Juergen Klinsmann.

Hertha had the best chance of the first half through Cunha as he was expertly set up by the persistence of strike partner Ibisevic, but with only Oliver Baumann to beat he took a touch that allowed the goalkeeper to close in and make the save.

The teenager had a magnificent chance within eight minutes of the restart when he was set-up by Sebastian Rudy in a central position but placed his shot wide, denying him the chance to become Hoffenheim's youngest ever Bundesliga scorer.

The breakthrough came at the other end shortly after when Peter Pekarik's shot, which was heading wide of goal, was sliced into his own net by defender Akpoguma just before the hour.

The visitors doubled that advantage within two minutes when Maximilian Mittelstadt's inviting cross from the left flank was headed into the net by the energetic Ibisevic, who spent five seasons at Hoffenheim earlier in his career.

Cunha made up for his earlier profligacy to seal the points in the 74th by shrugging off the attentions of two defenders before scoring from a tight angle for a fine solo goal.

These were the details of the news Hertha's Ibisevic haunts Hoffenheim on Bundesliga return for this day. We hope that we have succeeded by giving you the full details and information. To follow all our news, you can subscribe to the alerts system or to one of our different systems to provide you with all that is new.