From Diego Maradona and Ruud Gullit to Cristiano Ronaldo and Neymar ... the last 20 world record transfers – in pictures 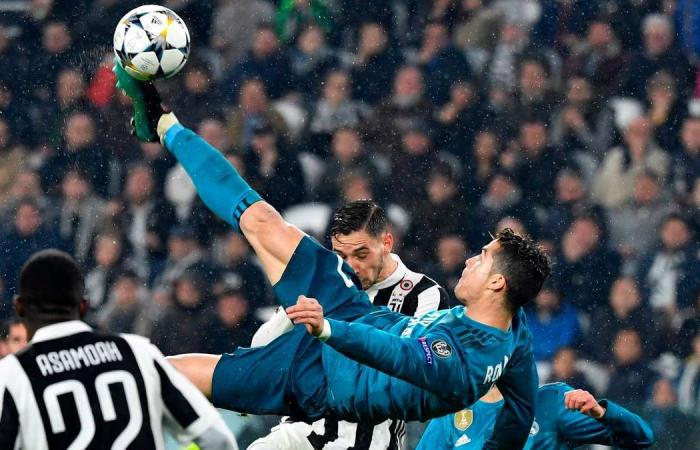 Thank you for your reading and interest in the news From Diego Maradona and Ruud Gullit to Cristiano Ronaldo and Neymar ... the last 20 world record transfers – in pictures and now with details

Hind Al Soulia - Riyadh - £3 million. DIEGO MARADONA: 1982, Boca Juniors to Barcelona. After a long chase, the Spanish giants finally landed the man already regarded as the best player on the planet. The Argentine time's spell in Spain was hindered by illness and injuries but he still managed 38 goals in 58 games. AFP

£5 million. DIEGO MARADONA: 1984, Barcelona to Napoli. Another world record move for Maradona, this time to the more unlikely setting of Naples in Italy where he would cement his reputation as the world's best. The Argentine would win Serie A twice and the Uefa Cup with Napoli, scoring 115 goals in 259 appearances. He would also lead Argentina to World Cup glory in 1986 during his spell in Serie A. Getty

£8 million. ROBERTO BAGGIO: 1990, Fiorentina to Juventus. Such was the anger when the 'Divine Ponytail' left to join Juve that there was riots on the streets of Florence that left 50 people injured. While at Juve, Baggio would win Serie A, the Coppa Italia and the Uefa Cup. He also won the Ballon d'Or in 1995 and almost single-handedly dragged Italy to the 1994 World Cup final. Action Images

£10 million. JEAN PIERRE-PAPIN: 1992, Marseille to AC Milan. A prolific scorer in the French league, Papin found life in Serie A a tougher nut to crack. Never established himself as a first-choice striker with the Rossoneri, hindered by injuries, a lack of consistency and the three-foreigner rule which meant he was competing with the likes of Marco van Basten, Ruud Gullit and Frank Rijkaard for a starting berth. Getty

£12 million. GIANLUCA VIALLI: 1992, Sampdoria to Juventus. After establishing himself as one of Italy’s top players at Sampdoria, Vialli continued his success in Turin where he won Serie A, the Coppa Italia, Uefa Cup and Champions League. His four seasons at the club yielded 53 goals in 145 appearances. Getty

£13 million. GIANLUIGI LENTINI: 1992, Torino to AC Milan. The winger enjoyed a successful first season under manager Fabio Capello, playing a key role in the club securing a second straight scudetto. He also played his part in the team’s run to the Champions League final, where they lost to Marseille. Suffered a serious car accident in August 1993 that left him in a coma for two days with a fractured skull. With his balance affected by the crash, Lentini was never the same player after returning. He would make 60 Serie A appearances over four seasons at Milan, scoring 13 goals. Getty

£13.2 million. RONALDO: 1996, PSV Eindhoven to Barcelona. After scoring 54 goals in 58 games for the Dutch club, the Brazilian moved to Barca where he continued his phenomenal form. In his one season in Catalonia, Ronaldo was an unplayable mix of skill, speed and power, scoring 47 goals in 49 appearances. Barca won the Copa del Rey and European Cup Winners’ Cup that campaign under English manager Bobby Robson, who later described Ronaldo as the best player he ever worked with. Getty

£15 million. ALAN SHEARER: 1996, Blackburn Rovers to Newcastle United. Shearer’s goals had just helped Rovers win the Premier League, and he was top scorer at the 1996 European Championship as England reached the semi-finals. Manchester United thought his signature was in the bag but the lure of his hometown club, managed by Kevin Keegan, proved too great. Shearer would stay at Newcastle for the rest of his career, becoming the club’s record goalscorer with 206 goals but never winning a major trophy. Allsport

£19.5 million. RONALDO. 1997, Barcelona to Inter Milan. Became the second player after Diego Maradona to break the transfer record fee twice. Got off to a flying start at Inter, where he scored 34 goals in 47 appearances and helped the club win the Uefa Cup in his first season. But injuries would mean the Brazilian barely played in his final three seasons at the club. Reuters

£20.5 million. DENILSON: 1998, Sao Paulo to Real Betis. A transfer that shocked the football world. The 20-year-old Brazilian, who had made little over 50 appearances for Sao Paulo, looked set for a move to Barcelona before little Real Betis jumped in with a remarkable offer. Betis, though, were relegated in his second season in Spain, as the winger failed to live up to his early hype and huge price tag. He would score just 13 league goals in 186 appearances over seven years in Spain. Allsport

£32 million. CHRISTIAN VIERI: 1999, Lazio to Inter Milan. The record was smashed to smithereens as Inter broke the £30m barrier for the powerful Italian striker, who joined his ninth club in as many years. Vieri found some stability at Inter, where he would go on to score 123 goals in 190 appearances over six seasons. His trophies, though, would be limited to a Coppa Italia. Allsport

£35.5 million. HERNAN CRESPO: 2000, Parma to Lazio. The Argentine striker enjoyed a prolific two seasons at Lazio, scoring 48 goals in 73 appearances. His 26 goals in the first campaign made him top scorer in Serie A. Allsport

£37 million. LUIS FIGO: 2000, Barcelona to Real Madrid. A shock move to Barca’s bitter rivals made the Portuguese attacker public enemy No 1 in Catalonia. Whenever the two teams clashed, Figo would be pelted with everything from golf balls and bottles to mobile phones and, infamously, a pig’s head. He marked the start of the Galactico era at Real and would win La Liga twice and the Champions League during his time in the Spanish capital. Allsport

£56 million. KAKA: 2009, AC Milan to Real Madrid. A long wait until the record is broken again, but no surprise it is Real still splashing the cash. Brazilian attacker Kaka made the move to Madrid this time, but would not repeat the impact he made at previous club Milan. A series of injuries would hold him back but he still managed to win La Liga and a Copa del Rey during his four seasons at the club. Kaka scored 29 goals in 120 appearances in Spain. AFP

£80 million. CRSTIANO RONALDO: 2009, Manchester United to Real Madrid. Real finally got their man after a lengthy chase for the Portuguese attacker, who would go on to enjoy an incredible career in Madrid. His record defies belief: 450 goals in 438 appearances over nine trophy-laden seasons. He would win La Liga twice, the Copa del Rey twice, the Champions League four times and World Club cup three times. He would also lift the Ballon d'Or four times and win the 2016 European Championship with Portugal. Getty

£86 million. GARETH BALE: 2013, Tottenham Hotspur to Real Madrid. For the fifth time in a row, Real were record breakers, this time signing Wales international Bale. While never enjoying the adulation of Cristiano Ronaldo and enduring a love-hate relationship with the fans, Bale has still enjoyed a remarkable run of success at the club. He helped Real win three Champions League wins in a row, and scored a stunning overhead kick against Liverpool in the 2018 final. Getty

£89 million. PAUL POGBA: 2016, Juventus to Manchester United. The Real Madrid stranglehold on world record deals was ended when United brought Pogba back to Old Trafford four years after he had left for Juventus. The French midfielder has endured a mixed spell back in England, winning the Europa League in his first season and scoring an impressive 16 goals in 2018/19. But has also struggled for form and fitness. Pogba won the 2018 World Cup with France. Getty

£198 million. 2017, NEYMAR: Barcelona to Paris Saint-Germain. A mind-blowing move that saw the Brazilian attacker’s mammoth release clause triggered by PSG. While dominating the French league - winning the title three times in three seasons and scoring 69 goals in 80 appearances - the dream of European glory has eluded Neymar since his move. He looked set for a move back to Barca last summer but ended up staying in France where he helped PSG reach the Champions League quarter-finals for the first time since 2016. AFP

These were the details of the news From Diego Maradona and Ruud Gullit to Cristiano Ronaldo and Neymar ... the last 20 world record transfers – in pictures for this day. We hope that we have succeeded by giving you the full details and information. To follow all our news, you can subscribe to the alerts system or to one of our different systems to provide you with all that is new.