Juventus in talks with Chelsea's Jorginho over €40m transfer deal 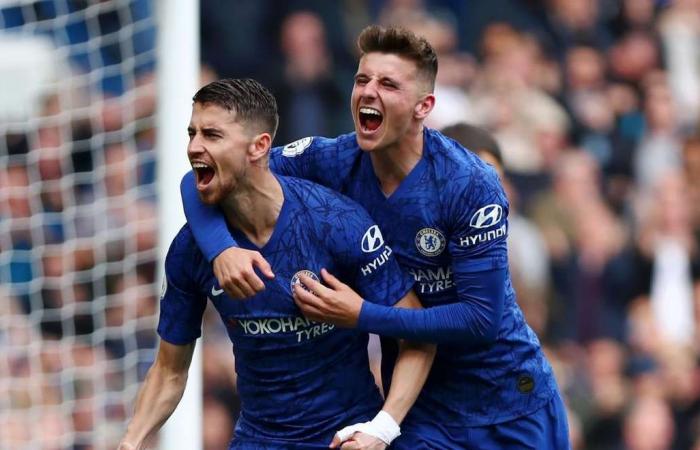 Hind Al Soulia - Riyadh - Juventus are in talks with Jorginho’s representatives about taking the Chelsea midfielder back to Italy in a €40 million (Dh160m) deal.

Maurizio Sarri is keen to work with the 28-year-old for a third time after a successful spell together at Napoli and then making him his first signing at Stamford Bridge in 2018.

Sarri has tended to use Miralem Pjanic or Rodrigo Bentancur as his holding midfielder this season but wants Jorginho to reprise the deep-lying role he has played for his previous two clubs.

The Englishman was denied the chance to buy last summer as Chelsea had a transfer ban and, while the arrival of Ajax winger Hakim Ziyech has been agreed, Lampard has not yet had a chance to give his side an overhaul.

While Juventus’ offer means Chelsea would make a loss on Jorginho, the fifth most expensive signing in their history after costing an initial £50m, the probable collapse of the transfer market and the lack of deals means it is a rare opportunity to fund any arrivals.

As Jorginho turns 29 in December, it may be a last chance to recoup a sizeable fee for the Brazil-born player. Chelsea are already set to lose Pedro and Willian on free transfers when their contracts expire in the summer.

Jorginho faces a choice as to which direction he wants his career to go after rebuilding his reputation in England.

“Last year, the fans were picking on me and I ended up hearing some things that were unfair,” he told FourFourTwo, while thanking Lampard. “But I embrace this challenge and I’ve never backed down.”

Lampard sprang a surprise by appointing Jorginho, who was seen as Sarri’s protege, as vice-captain to Cesar Azpilicueta.

Jorginho has played 37 times for Chelsea this season, scoring seven times, but while his form has improved, Lampard was critical of the midfielder after he got a needless booking for dissent in the Champions League tie with Bayern Munich, ruling him out of the second leg.

Jorginho is currently suspended in both the Premier League and the Champions League after collecting 14 cautions this season.

His possible departure could allow Lampard to reshape Chelsea’s midfield.

N’Golo Kante, who has rarely looked at his best alongside Jorginho, has missed much of the campaign with injury but Mateo Kovacic, another Sarri signing who struggled to excel under the Italian, has been a revelation and a contender for Chelsea’s player of the season award.

The emergence of Billy Gilmour, the 18-year-old Scot who was outstanding in Jorginho’s absence in the 2-0 win over Liverpool and the 4-0 thrashing of Everton, gives Lampard a long-term successor as a deep-lying playmaker, while Chelsea are thought to be interested in West Ham midfielder Declan Rice, who was on their books as a youngster and is a close friend of Mason Mount.

Selling Jorginho would help make them purchase Rice. While the loanees Danny Drinkwater and Tiemoue Bakayoko are due back at Stamford Bridge this summer, neither is likely to be sold for much money.

Juventus would look to offload players to make way for Jorginho. They hope to find a taker for the former Chelsea loanee Gonzalo Higuain, one of their biggest earners, while Fernando Bernadeschi is another possible departure.

Arsenal have been linked with Adrien Rabiot but it remains to be seen if the London club, the most reliant of England’s big six on matchday income, can afford him when they face the prospect of playing behind closed doors for quite some time.

Juventus saved £81m when their players agreed to waive their wages for four months – March, April, May and June – in the coronavirus pandemic.

These were the details of the news Juventus in talks with Chelsea's Jorginho over €40m transfer deal for this day. We hope that we have succeeded by giving you the full details and information. To follow all our news, you can subscribe to the alerts system or to one of our different systems to provide you with all that is new.