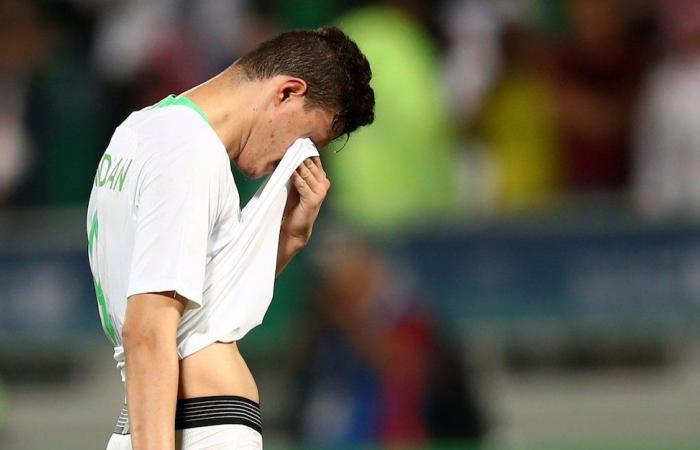 Jeddah - Yasmine El Tohamy - KHARTOUM: Within months of Sudan’s first women’s football league kicking off, the championship’s emerging stars are being hailed as icons for equal rights in a country transitioning to civilian rule.
Orjuan Essam, 19, and Rayan Rajab, 22, of Khartoum-based Tahadi women’s club, have scored several goals already in a tournament that would have seemed unlikely when autocrat Omar Al-Bashir was in power.
“I was thrilled to see that authoritarian rule was finally turning into civilian and that women’s rights could now be achieved,” said Essam, her long hair flowing freely as she trained at a stadium in the capital.
Sudan was once a football pioneer, joining FIFA in 1948 and co-founding the Confederation of African Football with Egypt, Ethiopia and South Africa at a meeting in Khartoum in 1957.
But women’s football faced an uphill battle after the country adopted the Islamic sharia law in 1983, six years before then-brigadier Bashir seized power in an Islamist-backed coup.
Bashir’s 30 years of ironfisted rule ended in April after he was ousted by the army in a palace coup following months of protests, triggering hopes that more liberal, pro-women policies would emerge.
Women were at the forefront of anti-Bashir protests, expressing anger against centuries of patriarchal traditions and laws that severely restricted their role in Sudanese society.
Sudan is now ruled by a joint civilian-military sovereign council, which has been tasked with overseeing the transition to civilian rule as demanded by protesters.
Last month the new authorities scrapped a decades-old public order law, which primarily targeted women for “immoral acts.”
During the rule of Bashir, thousands of women were flogged or fined under the law.
Today, the launch of women’s club football is seen as a much-needed boost for women’s rights in Sudan.
Essam, who plays left midfielder for Tahadi, said the world would now know that Sudanese women are not just “meant for raising children and doing household chores.”
“Women’s rights are much more than that,” she said.
Rajab, wearing a track suit at the practice session, said the tournament was the best thing to have happened to Sudan, showcasing the country’s talented female footballers.
“We badly needed it,” said Rajab, whose aim is to score in every match.
“Hopefully, I will become a professional player overseas and return to the Sudanese team, if they choose me to represent Sudan in the next World Cup,” Rajab said.
For Essam, who reads the Qur'an every morning and wants to become a dentist, football remains a hobby.
Since the championship began on September 30, both players have won praise for their positive team spirit, with Sudanese newspapers splashing their photographs on the sports pages.
“I play as a striker... Orjuan is a left midfielder. We coordinate and make passes to each other,” Rajab said.
Their coach Ahmed Al-Fakki said the two always have a countermove to any plays their opponents make on the field.
“Their goals speak for them, they were very beautiful goals,” Fakki said, as Rajab dribbled the ball behind him.
Essam and Rajab say they owe their new-found glory to understanding parents.
Essam said her father, a football enthusiast himself, is her biggest supporter and personal coach, often correcting her mistakes during training.
“Women are now competing with men at all levels, they are even taking ministerial positions,” said her father, Essam Al-Sayed, who is a banker.
Rajab took a liking to football at a young age, mostly playing with her brother.
“My parents had no objection, they kept telling me to push on with sports,” she said.
With the success of the league and the attention the two girls have brought to the championship — which has 21 clubs participating — organizers now want to tap more talent.
“We have convinced the ministry of education to open schools for training girls in football, and we have contacted FIFA to help bring football to young children,” said Fakki, who is also involved in organizing the league.
Essam and Rajab, however, remain special to him.
“Orjuan and Rayan are capable of becoming professional footballers,” he said.
“I tell them to show the world that Sudan has talent and it is only professional players who can help develop the sport.”

These were the details of the news Heartache for Saudi Arabia as they lose Gulf Cup final to Bahrain for this day. We hope that we have succeeded by giving you the full details and information. To follow all our news, you can subscribe to the alerts system or to one of our different systems to provide you with all that is new.