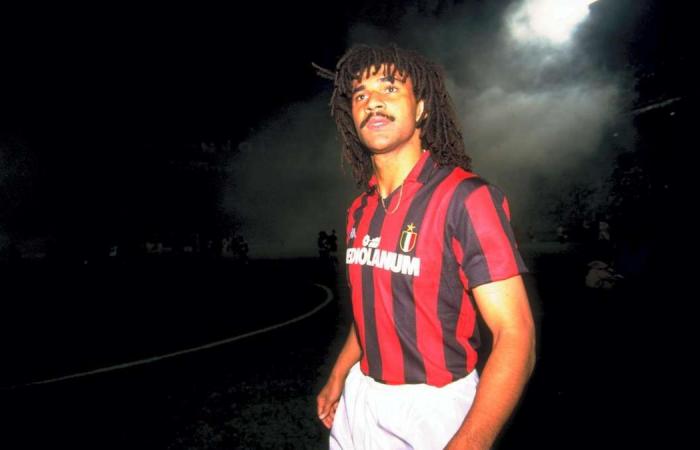 Thank you for your reading and interest in the news On this day: March 21, 1987, Ruud Gullit joins AC Milan for world record fee and now with details

Gullit, a classy attacking midfielder with a velvet touch, pinpoint passing radar and goalscorer's instinct, signed for the Serie A outfit at the same time as prolific striker Marco van Basten arrived from Ajax.

Milan's Italian rivals Napoli had broken the world record fee for a player when they signed Diego Maradona from Barcelona for £5 million in 1984 and the Argentine genius had helped guide them to two Serie A titles. The Rossoneri smashed that record by £1m to sign Gullit.

A flamboyant entrepreneur called Silvio Berlusconi – and future Italian prime minister – had bought Milan in 1986 and was investing heavily.

Gullit and van Basten were marquee signings and a statement of intent as manager Arrigo Sacchi was about to mastermind a remarkable era of success.

A third Flying Dutchman, in Gullit's old family friend Frank Rijkaard, would complete a famous Dutch trio a year later, in a team that would also include local talent such as Franco Baresi, Paolo Maldini, Alessandro Costacurta, Carlo Ancelotti and Roberto Donadoni.

The Dutch influence was instant. In their first season, Milan won the Scudetto for the first time in nine years – finishing three points ahead of reigning champions Napoli – with Gullit a near ever-present in Serie A, scoring nine goals in 29 games.

“He had such physical power that he could have played anywhere," said teammate Donadoni. "The first time I saw him, it was at a tournament in Barcelona, he was playing as a sweeper. Then he was out on the right wing, in the midfield, second striker and whatever else.”

The trophies would keep on coming throughout his time in Italy, including another two Serie titles, two Supercoppa Italianas and, most significantly, two European Cups. He scored 56 goals in 171 games along the way.

The 4-0 thrashing of Steaua Bucharest in the European Cup final at Barcelona's Camp Nou in 1989 is widely regarded as one of the greatest club performances of all time – with Gullit and Van Basten each scoring twice in front of 98,000 fans.

Milan's 5-0 semi-final second leg battering of Real Madrid – that sealed a 6-1 aggregate victory – had been equally as impressive when Gullit, Van Basten and Rijkaard all found the net.

Gullit said: "I played in a lot of good teams with Holland but for me that Milan side was the best when we beat Real Madrid 5-0 at home in the semi-final and then won 4-0 against Bucharest. We were on a mission.

"it was the best possible mix of Dutch and Italian mentalities. It was important for me that I had Frank and Marco because at first we were just three guys together in a foreign country. We brought something different to Milan but we also learnt a lot from the Italians."

These were the details of the news On this day: March 21, 1987, Ruud Gullit joins AC Milan for world record fee for this day. We hope that we have succeeded by giving you the full details and information. To follow all our news, you can subscribe to the alerts system or to one of our different systems to provide you with all that is new.