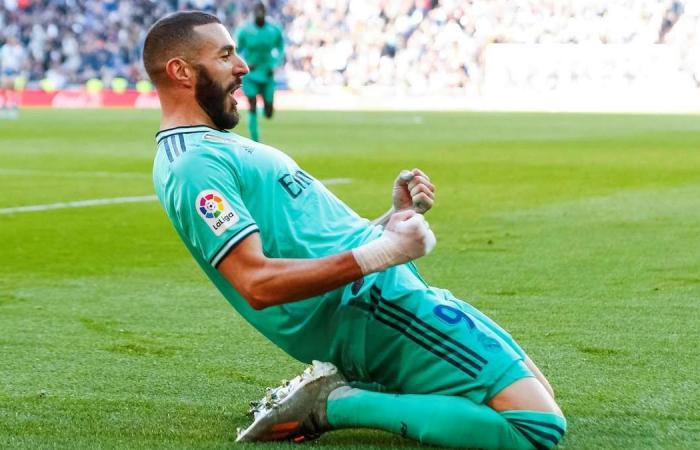 Madrid moved provisionally three points clear of Barcelona at the top, with the Catalans hosting Real Mallorca in Saturday's late kick off, taking their tally to 34 points from 15 games.

Varane broke the deadlock in the 37th minute after a quiet opening to the game, with Benzema setting up the defender to neatly slot the ball home.

Benzema missed two good chances but got the second goal from close range in the 79th minute before Madrid defender Mendy was sent off four minutes later for a second yellow card.

"It was a very demanding game on a physical level, they pressed us high up and we had to be patient in front of goal," said France defender Varane.

"We tried to play our game but we lacked the final ball to hurt the opponent. We played well and they did too.

"We have a run of complicated games coming, we’re prepared, confident and will give our best to take on this run and finish the year well."

With Eden Hazard and Gareth Bale unavailable due to injury, Zidane started with exciting Brazilian forwards Vinicius Jr and Rodrygo either side of Benzema at the tip of the front three.

While Real saw plenty of the ball in the opening exchanges, it was Madrid goalkeeper Thibaut Courtois who was first called into action, the Belgian international making a fine save to keep out Wu Lei's header.

Wu became the first player from China to play at the Bernabeu, with the lunchtime kick off in Spain ideal for fans wanting to view the match in the evening in his homeland.

However, save for the early header, the Espanyol striker found chances extremely hard to come by as Madrid began to exert their dominance.

The opening goal came eight minutes before the break as Benzema supplied the pass for his fellow Frenchman Varane to slot home into the bottom corner.

Benzema should have made it 2-0 shortly after the break but Espanyol goalkeeper Diego Lopez, who enjoyed two spells at the capital club earlier in his career, denied his former teammate when the striker was through one-on-one.

Vinicius posed a threat all night and the Brazilian set up Benzema for another chance only for the former Lyon striker to fire wide.

Benzema finally got his name on the score sheet when Federico Valverde created a yard of space in the Espanyol box to pick out Benzema for his 11th goal of the season.

Left-back Mendy, making only his seventh league appearance of the season, picked up a second yellow card late on for a poor challenge on Espanyol's Víctor Gomez Perea.

These were the details of the news Karmin Benzema seals victory for Real Madrid as Ferland Mendy sees red against Espanyol for this day. We hope that we have succeeded by giving you the full details and information. To follow all our news, you can subscribe to the alerts system or to one of our different systems to provide you with all that is new.