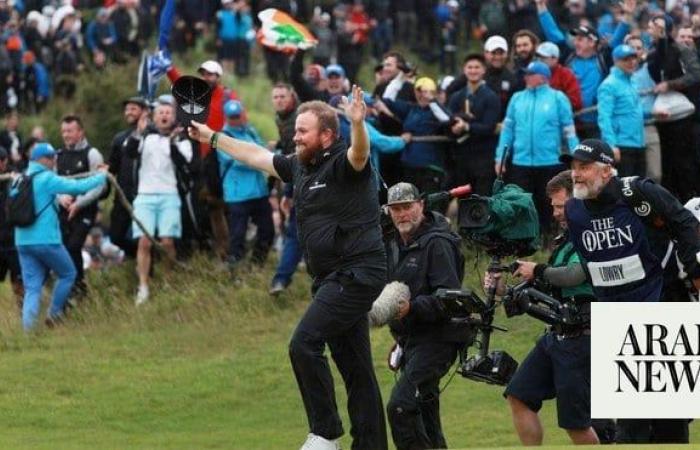 Jeddah - Yasmine El Tohamy - RIYADH: Towering palms, the tinkling of ivories, clinking of coffee cups and a warm winter sun hue about the Saudi skies, is not your usual location for a Newcastle United transfer summit.

It’s a far cry from the inner bowels of St James’ Park, where head coach Eddie Howe, along with the club’s minority owners, thrashed out a summer raid for one of the hottest prospects in the game, Sweden international Alexander Isak. Not since the Vikings have the European elites been so unsettled by a force from the north.

But Howe, meeting with club chiefs and the money men at the Public Investment Fund, spent his Tuesday evening in the Kingdom talking transfers with Al-Olaya the backdrop, the Four Seasons an opulent frame.

Beyond the ostentatious surrounds lies a steely determination, one funded in the Gulf, but driven with North East grit. A goal not publicly admitted, but privately discussed. A want to take Newcastle United into the promised land, the UEFA Champions League, a feat the club has not achieved on Tyneside in two decades.

Lying third in the Premier League, which is beyond even the wildest of Newcastle fans’ expectations, the prospect is not out of the realms of possibility.

But will that be boosted by another Magpies’ January transfer window raiding party? Howe says talks have started.

“I have had half an eye on January and the squad and how it looks,” he said, confirming the transfer talks with Newcastle chiefs.

“We need to be adaptable and prepared for what is always a difficult window. But if there is something we can do to improve the team, I, naturally as the manager, would like to look at that.”

Expectation may be that Newcastle will be bold in their moves with the likes of England international James Maddison, however such a switch has been played down by those in the know.

More likely is movements for players more in the Isak or Sven Botman mold, ready to attack the Premier League, but not at an English topflight premium. And key to this January regeneration will be the right players, at the right price and for the right reasons, if at all.

“Me, sitting here now, I am not expecting too much business, whether incoming or outgoing, but it is football and it is January so it’s unpredictable,” Howe told Arab News.

“We can’t predict what is going to happen with our own squad at times, in terms of fitness and availability, so we do need to be ready to act if we need to. The need for that will be minimized by keeping a fit and healthy squad of players.

“We look like, on paper, we have a very strong squad when everyone is fit. Everyone is not fit currently, and that has a bearing on what you look to do in January.

“Probably the squad, in my eyes, looks different to what it did in the summer because of how well players have done — and from my perspective, I can’t ignore that.”

On the level of those who may arrive, Botman and Isak have set the blueprint but financial fair play rules, until United’s commercial revenues are boosted significantly, will always be the elephant in the ever-expanding room.

Howe continued: “In my position you are keen to sign the best players you can — but those players come at a premium, as you know. Botman wasn’t cheap, Alex wasn’t cheap. Those are players who can influence the starting 11. Do we have the finances for that? I do not know. That might impact our options on that one.

“As a manager I am always looking to improve the team. I will never sit here and be content — I don’t think that is the right way to manage. My way to take the team to new heights is to improve through the training of the players we have. If we can’t get to a certain level then we need to find that in the transfer market. And, of course, you have to work within the guidelines of the club.”

Meanwhile, United’s trip, which started on Sunday and ends on Saturday, is being officially supported by, it’s been announced, Saudi telecommunications giant stc.

In a further boost to club revenues, stc have been named as the official digital partner of the tour and the news follows hot on the heels of Saudi Airlines’ sponsorship of the tour to the Middle East.

A club statement confirmed: “The partnership will provide stc with a digital presence at the Al-Hilal versus Newcastle United fixture, as well as an ongoing presence at St. James’ Park throughout the 2022/23 Premier League campaign, and supporters will have exclusive opportunities to win memorabilia and tickets.”

The NUFC’s chief commercial officer, Peter Silverstone, said: “Our ambition is to grow our supporter base in Saudi Arabia, a country whose young population includes a large, passionate and highly engaged football community.

“We are delighted to welcome stc to our growing family of partners and have them on board as our second strategic partner for the club’s visit to Saudi Arabia this December.

“stc digitally connects millions of individuals and businesses throughout the Middle East and their market knowledge, expertise and experience in sport partnerships will complement our drive to reach and engage with more people across one of our key markets. We look forward to working closely with stc.”

These were the details of the news Shane Lowry to compete in Dubai Desert Classic for this day. We hope that we have succeeded by giving you the full details and information. To follow all our news, you can subscribe to the alerts system or to one of our different systems to provide you with all that is new.