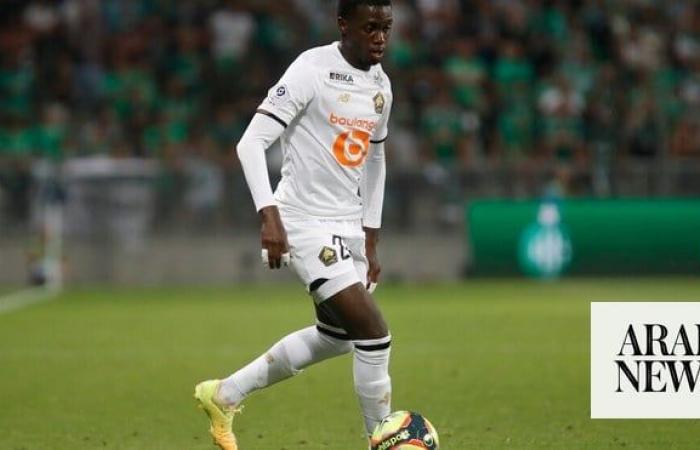 Jeddah - Yasmine El Tohamy - If Saman Ghoddos needed confirmation that Iran can “make history” at the World Cup then he got it at the Etihad Stadium on Saturday.

As an unused substitute, the winger watched in delight as his club side Brentford claimed an upset 2-1 win over champions Manchester City.

Ivan Toney’s double ended a 16-match home winning run for Pep Guardiola’s side and provided a stark reminder that even the biggest favorites can falter in football.

That will be in the mind of Ghoddos and his Iran teammates as they prepare to face England, the US and Wales in Group B.

“It was an amazing win, not an easy place to come and to get the three points. We were really happy with that,” he said.

“This shows what can happen in football, everyone can be beaten, everyone can win. We feel like we deserved it and it’s a big achievement for us. There’s now a lot of energy, confidence, and that’s the perfect thing to take to the World Cup.

“The first game stands out, playing against England, one of the best teams in the world. For me it’s the perfect game to start with, go against the best team and try to prove ourselves and show we are there to compete.

“We won’t fear them, we won’t fear anyone. It’s the World Cup and everything can happen.”

Phil Foden got City’s consolation against Brentford with a fierce strike and he should be in England’s side to take on Team Melli on Monday, Jan. 21.

But with players like Porto striker Mehdi Taremi in their ranks, Ghoddos is confident Iran have the quality to cause problems of their own.

“England have some exceptional players all over the pitch, so it’s not only Foden,” said the Malmo-born 29-year-old, who switched allegiance in 2017 to play for Iran — the country of his parents — rather than Sweden.

“I feel like every one of them can do these magical things, but we need to stop them. We have a strong unit, who play for each other, play for the people and that can bring you further than you think.

“Even though you don’t have players as good on paper as the other team, when we are together, when we are solid, it’s very difficult to break us down. Hopefully we can do well. If it’s a surprise I am happy with that. The hope is to get to the next stage.”

Iran have never managed to get past the first group stage at the World Cup. They came close four years ago in Russia but were pipped by Spain and Portugal.

Carlos Queiroz has returned to coach them again in Qatar, having led them in the 2014 and 2018 tournaments.

“Carlos gives us a lot of confidence, a lot of tactical knowledge and it’s a happy place when you go to the national team when he’s there,” added Ghoddos, who has 33 caps.

“He brings so much togetherness and I feel everything is getting better when he’s there. The last World Cup I played in, it was the biggest thing I have done in my life so far, the biggest football achievement I have done.

“We got four points in a very difficult group, so close to going through. We just want to go through now, that’s the aim. It’s another difficult group, but I think we have some better players, more mature.

“I feel we have the experience now of having that last World Cup and we will bring that with us. Hopefully we can show what we can do. We have a very good team and very good coaching staff.”

While expectations may not be as high at the first World Cup in the Middle East from those outside Iran, Ghoddos added: “I feel the pressure and we are putting a lot of pressure on ourselves.

“What is said outside you try to block that, if it is good or bad. With this pressure, we have to handle it and just try to make history. We will play for the people and that will give us massive energy.”

These were the details of the news Weah relishing ‘surreal’ World Cup experience for this day. We hope that we have succeeded by giving you the full details and information. To follow all our news, you can subscribe to the alerts system or to one of our different systems to provide you with all that is new.