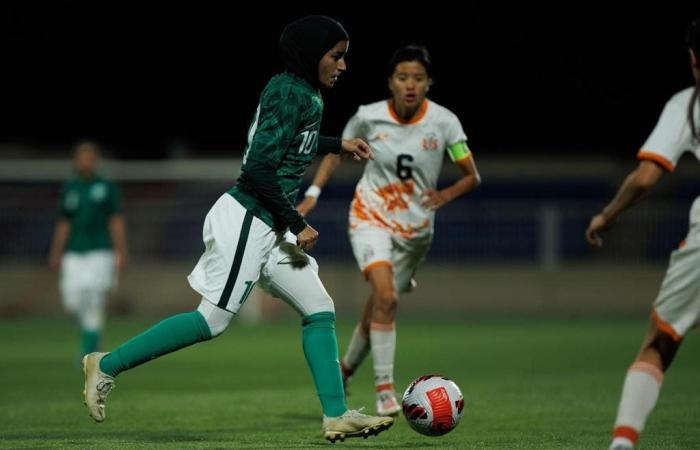 Jeddah - Yasmine El Tohamy - LONDON: Here is one way to look at what Rafael Nadal, Novak Djokovic and the now-retired Roger Federer accomplished: The group known as the Big Three of men’s tennis accumulated so many Grand Slam titles — 63 in all — that it seems unlikely anyone will reach the standards they set.

Here was another way to think about things as the professional level of the sport began its post-Federer life on Saturday, following the last match of his career: What he and the other two members of that distinguished trio, along with Serena Williams, managed to do was demonstrate that it is possible to dominate for decades, not merely years, at a time.

And the 41-year-old Federer, for one, thinks up-and-coming players can learn from the way he and the others of his era went about it, from their self-belief and attitudes about setting goals to their training, nutrition and other methods of ensuring longevity.

He laughed when relaying a conversation with Bjorn Borg, who is the captain of Team Europe at the Laver Cup, about what life was like back when he was winning his 11 major championships from 1974 to 1981 before retiring in his 20s. During an interview with The Associated Press this week, Federer recalled a conversation in which Borg talked about getting one weekly massage and maybe the occasional hot bath during his time on tour.

Federer’s massage routine over his quarter-century as a player?

“Every day, probably. Sometimes I would get tired of them, so I would say, ‘Can we skip a day today?’ You know what I mean? I will not miss those. I mean, I loved my massages from time to time, but come on; number 1,423 gets a little bit like, ‘Jesus. I’d rather do something different,’” Federer said, then added through a self-aware grin: “Complaining at a high level here.”

When Pete Sampras won the 2002 US Open in his last match, he collected his 14th Slam trophy, two more than any other man in the history of tennis to that point. Indeed, there were those who wondered at the time whether that mark would ever be broken.

Seems quaint now. Here we are, 20 years later, and Federer wound up with 20; Djokovic has 21; Nadal leads with 22. The latter two are still adding to their counts: Nadal, 36, won the Australian Open in January and the French Open in June; Djokovic, 35, won Wimbledon in July.

“No. 1, it’s easier nowadays to run through different surfaces. Pete only made one semi at the French. Borg never went to Australia. ... And,” Federer said, “it was less professional back in the ‘70s.”

In bygone days, he said, “It was not about records. This whole record thing started, I’d say, with Sampras wanting to surpass the 12 of (Roy) Emerson. This is what set up this generation that we see with Novak and Rafa right now. For me, I don’t remember much, when I came up in the ‘90s, about all these records. I remember Pete was kind of chasing them, but I was not aware of it. They just said, ‘Oh, you play like Pete, so you’re going to be ‘the next Pete Sampras.’ I was like, ‘Oh, OK.’”

With that, he rolled his eyes.

“We behave different, in the process, as well, and we are driven in a different way. I don’t think you were planning years ahead: ‘OK, I have 10 years ahead, so let’s break it down. What do I have to do to achieve such a thing?’ Back in the day, it was ‘OK, what are we playing next week?’” Federer said. “I just think it’s different and that’s why I think we’ll see more successful players in the future and they’ll be able to play longer, because they’ll maintain their bodies.”

For the current crop of new talent, including US Open champion and No. 1-ranked Carlos Alcaraz, who is just 19, or French Open and US Open runner-up Casper Ruud, who is No. 2 at age 23, the example is there.

“They brought it to a whole different level and showed that anything is possible. Just imagine if one of the three was not there, how many the two other ones would have. They would probably be close to 30. ... It gives young players like myself and the younger generation inspiration to see how well it’s possible to play,” Ruud said. “I don’t think that record will be broken, ever, but let’s see in the future. Anything can happen.”

Felix Auger-Aliassime, a US Open semifinalist at age 21 last year, agrees that having something to aspire to is helpful.

As is having role models, which Team World vice captain Patrick McEnroe pointed out the Big Three are in terms of sportsmanship and the “way the game is actually played on the court.”

“Now the younger players are training hard, always trying to improve, being more and more professional,” Auger-Aliassime said. “It does raise the bar of the level and the competitiveness of the sport, which I think pushes the sport forward.”

These were the details of the news Saudi women’s team draw 3-3 with Bhutan in first ever international at home for this day. We hope that we have succeeded by giving you the full details and information. To follow all our news, you can subscribe to the alerts system or to one of our different systems to provide you with all that is new.