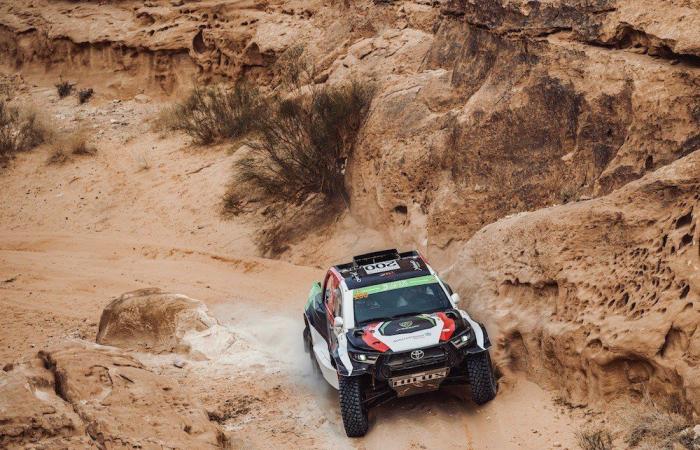 Jeddah - Yasmine El Tohamy - SAINT-DENIS, France: Just two months before France begin their defense of the World Cup, the mood around the team is in stark contrast to the celebrations that followed their win over Croatia in the 2018 final.

The clouds have been gathering over coach Didier Deschamps and his squad as key players struggle with injuries and personal problems.

Meanwhile, the French Football Federation (FFF) is locked in a row over image rights with its biggest star and its president faces accusations of inappropriate behavior.

It all threatens to derail France’s campaign in Qatar.

More immediately, they go into their final matches before the World Cup this week against Austria and Denmark in the UEFA Nations League with a depleted squad.

Paul Pogba, a goal-scorer in the 4-2 win over Croatia in 2018, is among the players sidelined.

As the Juventus star battles to recover from knee surgery he has filed a complaint with Italian prosecutors saying he was the target of a €13 million ($13m) blackmail plot.

Pogba’s brother Mathias is one of five people charged and detained in the case.

Paul Pogba reportedly told investigators he was effectively kidnapped by childhood acquaintances and threatened by two men in balaclavas carrying assault rifles, who accused him of not having helped them financially.

The ex-Manchester United midfielder also said the blackmailers wanted to discredit him by claiming he asked a witch doctor to cast a spell on Kylian Mbappe, another 2018 World Cup hero.

“It is his word against his brother’s. I am going to trust my teammate,” Mbappe said recently of Pogba and those claims.

“I think it’s in the interests of the national team as well with a big tournament coming up.”

Mbappe himself is involved in a row with the FFF that risks damaging squad morale.

On Monday, their get-together at the chateau of Clairefontaine, an hour’s drive from Paris, was overshadowed by Mbappe’s refusal to participate in a photo shoot because of the FFF’s unwillingness to modify an agreement regarding players’ image rights.

The Paris Saint-Germain superstar has boycotted a shoot before, and on Monday the federation responded quickly, promising to “revise as soon as possible the agreement.”

Mbappe’s representatives insisted the matter “obviously does not call into question his total commitment and determination to contribute to the collective success of the national team.”

Meanwhile, the FFF’s veteran 80-year-old president is in the firing line.

Noel Le Graet was last week summoned to a meeting with the country’s Sports Minister, Amelie Oudea-Castera. The government then announced it was launching an audit of the federation.

That came after So Foot magazine published accusations that the FFF suffered from organizational problems and that some former employees had alleged they had been treated inappropriately.

The federation has launched legal action against the magazine.

“It’s not the calmest atmosphere that I have known,” admitted Deschamps. “But it is not unsettling for me. My staff and I are focused on what is happening on the pitch.”

Nevertheless, his squad will be without Hugo Lloris, N’Golo Kante and Karim Benzema, as well as Pogba, for the upcoming games.

Just five players from the 2018 final are involved, including recalled veteran Olivier Giroud.

Among the other members of the 2018 squad, Benjamin Mendy is on trial in England for multiple alleged sexual offenses that could finish his career.

Mendy last played for France in November 2019. Les Bleus went out of Euro 2020 to Switzerland in the last 16 but bounced back to win the Nations League last year.

That latter victory showcased the benefits of recalling Benzema — himself recently given a suspended sentence for complicity in a bid to blackmail a teammate.

The Real Madrid star is missing with a thigh injury but the absences could be no bad thing, forcing Deschamps to play emerging stars such as William Saliba, Aurelien Tchouameni, Eduardo Camavinga and Christopher Nkunku.

They will be relegated from their Nations League group with defeat to Austria on Thursday.

Even if they win, they may need three points against Denmark, one of their upcoming World Cup opponents.

These were the details of the news Saudi Arabia’s Yazeed Al-Rajhi heads strong field for Rally Aseer 2022 for this day. We hope that we have succeeded by giving you the full details and information. To follow all our news, you can subscribe to the alerts system or to one of our different systems to provide you with all that is new.