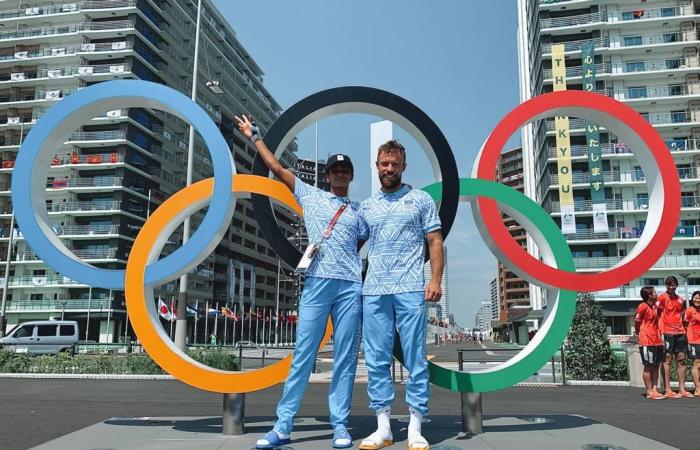 When the British Somali boxer takes on Crystal Garcia Nova on the Oleksandr Usyk versus Anthony Joshua card at Rage on the Red Sea, she will be part of the first ever female professional boxing bout in Saudi Arabia.

As a Muslim and African female pugilist, it is a moment she does not take lightly, and one that did not come easy either.

Adversity has been her constant companion throughout her career.

Ali was born in Somalia in 1989 but fled the war-torn Horn of Africa country with her family at the age of two to seek asylum in the UK.

In school, Ali struggled with her weight, so her mother sent her to a local gym in England where she soon discovered “boxercise” and started taking up the sweet science at the age of 12 without her family’s knowledge.

But she claims it was not winning amateur titles and other national level achievements that made her take the leap into professional boxing.

Rather it was sparring with formidable US professional world champions and training in gyms across Europe that gave her the belief she deserved a place in the professional ranks.

“Every competition means the world to you at that time. Looking back obviously they don’t all seem to hold the same value but they’re all important chapters in the journey of a sporting career,” said Ali. “Now my family are my biggest supporters which means everything to me as I don’t think I would have wanted to continue if there was still conflict (with them).

“My parents of course would rather I didn’t punch people for a living, but they now understand it’s given me a platform to also do great work outside of the sport.”

Ali is a survivor and continues to achieve her goals despite constant challenges.

‘I haven’t had the privilege of being funded by my country during my international amateur years,” she said. “Every tournament, every camp, every coach or physio was paid for by myself and Richard (Moore, husband and manager), and with this comes the pressure of needing to perform to make sure that it’s all worth it.

“There is definitely a greater expectation of how I should carry myself in comparison to other boxers perhaps because of the young women I represent, the charities and NGOs that I work with or the French fashion brands I’m partnered with,” Ali added. “But this is a pressure I’m happy to carry because fundamentally I want my future daughter and that generation to have a role model that they can be proud of. A career and journey they can aspire to, and not without failure or faults, because I’ve experienced both sides of the coin, but this is life.”

Ali’s work outside the ring is as inspiring as it is inside it. She still deems her law degree as her biggest personal achievement and is keen to highlight the work she does with UNICEF to raise awareness of important issues in East Africa and the Middle East.

In 2018, she founded the Sisters Club. It started as a once-a-week self-defense class in a London gym, and having gained sponsorships from the likes of Nike, Pantene and other brands, Ali saw it as a way to give back to the community.

The charity offered a safe space for hijab-wearing women of color and those that have suffered from domestic violence, giving them a chance to learn about self-defense through boxing and improve their self-confidence.

Now operating across four gyms in London, Ali hopes to see the Sisters Club expand to the US and the Middle East.

Another high point for Ali was representing Somalia at Tokyo 2020, the first fighter from the African nation, male or female, to take part in the boxing competition at the Olympic Games. Her pride at representing her country led her to help set up the Somali Boxing Federation.

Unfortunately, Ali’s hopes that establishing the federation would give others a fighting chance to represent their country were countered with the disappointment of discovering Somali sports is rife with corruption.

Funding provided by the International Olympic Committee for training purposes was allegedly misappropriated by officials instead of being invested in fighters.

Looking back, Ali questions whether she should have gone down that path but remains grateful she represented her country at the Olympics before discovering any wrongdoings, saying: “To some degree, mine and my husband’s naivety and optimism were a blessing.”

Luck, and help, haven’t always been on Ali’s side and she believes far more can be done to help female fighters make the grade.

“I would like to see more of an effort from the other promotional outfits across the UK and US to push female boxing, not just through token signings but a real shift in the landscape,” she said.

Although more females are being contracted — she highlights that the “Boxxer Series” via Sky Sports recently signed two British fighters — their pay remains a fraction of their male counterparts.

“If you look at the sport of tennis, it wasn’t when the women insisted on fairer pay that they received it,” said Ali. “Rather it was when the male players like Andy Murray refused to enter tournaments because of the lack of equality, or when the pressure of journalists and media became too much, that organizations finally started making a difference in their approach.”

It is no surprise that Ali will be one of the two women who make history in Jeddah on Saturday.

Her opponent Nova is a tall, tough super bantamweight from the Dominican Republic with a knockout ratio of over 80 percent.

It will be Ali’s hardest fight yet, but she’s come to Saudi Arabia to win. Since January, she has been training in Los Angeles with coach and former professional boxer Manny Robles.

“California has without a doubt the most female world champions and the highest level of competition and so as my career progresses there is a greater need to up my training regime,” she said. “I am working with Argentinian strength and conditioning coach Mattias Erbin as well, who has been responsible for several world champions over the last 10 years.”

All the hard work, Ali hopes, will come to fruition at Rage on the Red Sea.

“I hope when people look back at me, they see a person who had everything against them in life, but through perseverance and a refusal to quit still managed to have nearly all the same opportunities in life, and achieved at the highest level,” Ali said.

“This fight will be without a doubt one of the high points in my boxing career. To have been part of helping shape the culture towards creating greater equality in the region is more important than my own personal successes or feelings.”

These were the details of the news Ramla Ali set to make women’s boxing history in Jeddah for this day. We hope that we have succeeded by giving you the full details and information. To follow all our news, you can subscribe to the alerts system or to one of our different systems to provide you with all that is new. 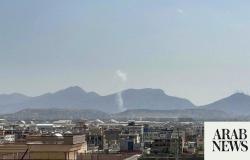 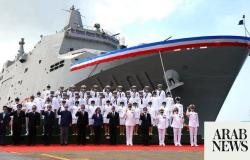 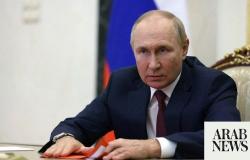 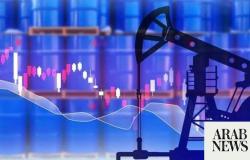