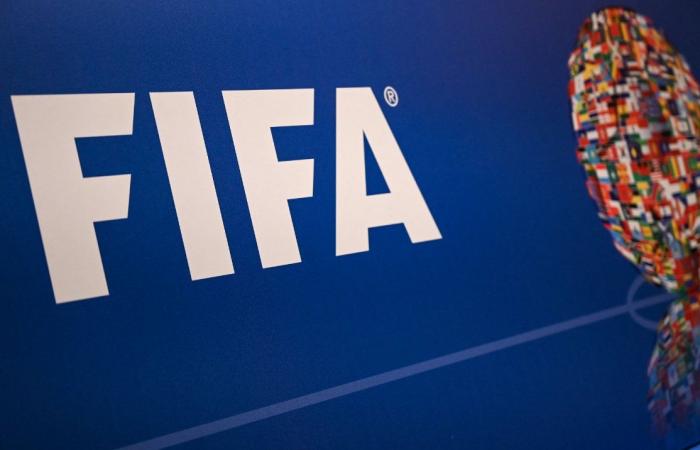 When Anthony Joshua steps into the ring to face Oleksandr Usyk in Jeddah on Saturday, Aug. 20, it will almost feel like he is fighting in front of a home crowd.

The British boxer, a two-time unified heavyweight world champion, will have a chance to regain the title he lost to his Ukrainian opponent last September when the two rivals meet in a rematch at Rage on the Red Sea.

The 32-year-old has made Jeddah his training base over the last month, and promoter Eddie Hearn hopes Joshua will leave Saudi Arabia a world champion yet again.

“This is our second fight in Saudi Arabia. The first one, ironically, was another rematch that Joshua had to try and win,” said Hearn of Joshua’s previous victory in 2019 against Andy Ruiz. “So, we’ve got good vibes about going back to the Kingdom. The aim for Saudi was always to try and do the undisputed Heavyweight World Championship. The biggest prize in the sport is the Heavyweight World Championship. So, when we did Joshua-Ruiz, the pandemic really slowed that development down. And when this fight came around, it was challenging principally, and everybody got in touch.

“We had a tremendous experience there last time. Joshua is very comfortable there, so much so that he’s been out there for weeks already. Normally, you’d come out a week before the fight, if you’re traveling, and he’s been there for four weeks. He loves it there. He’s feeling confident. And it’s a huge fight for boxing.”

Hearn said that the relative sanctuary of Jeddah has provided Joshua with an ideal preparation period away from the glare of media he would expect in his home country.

“Obviously, a lot of people know him in Saudi, but in England, he can’t breathe without someone taking a photo, someone bothering him,” said the British promoter. “He gives his time to everybody, and it can be quite draining. So, he loves the fact that he can be in Saudi. He loves it there, he feels comfortable there. And he can just chill with his friends in the hotel, he can go out, he can get coffee. His preparation’s been great. He’s got a new trainer for this fight in Robert Garcia. It’s a very tough fight. Usyk is pound for pound probably No. 1 in the sport.

“But Joshua is in a great place. He feels very comfortable in Saudi. And he’s ready.”

Boxing at the highest level may still be new to Saudi Arabia, but it is making big strides toward rivaling established hubs such as London and Las Vegas in terms of holding big-name bouts.

“I have incredible resources. Financially as well, they’re putting a lot behind the events,” Hearn said. “So, you’re going to get a first-class event in terms of arena, press conferences, hotels — everything is done to the highest possible standard, and we feel very comfortable. I couldn’t quite believe when I went back to Jeddah, six or seven weeks ago, the difference in the place that I saw four years ago.

“When you see a different place, you see so many changes, the vibrancy, the energy around the event. Joshua and Usyk were shooting the promo in the square, and people were excited. Prince Khalid [bin Abdulaziz Al-Saud], my good friend who really drives boxing in Saudi Arabia, has a vision for the sport and a love for the sport. And I know how much he cares for the sport. And that matters to me.”

Hearn sees that his aim to get his fighters the best possible fight deals aligns with Saudi’s own desire to promote the sport and, eventually, produce world-class boxers of its own.

“You must always try and get the fighters the best deal because it is a dangerous sport,” Hearn said. “But it’s more than that. There’s a real movement for boxing in Saudi Arabia, and we’re behind it, and I think next week you’re going to see not just a tremendous event but interest from the public there also. And as participation levels increase at a grassroots level, you’re going to start seeing fighters emerge. And when you see fighters emerge, that’s when everything will change there. Can you imagine how big it could be if a fighter went on and won an Olympic medal or won a world championship? It would be huge.”

“You need local fighters,” said Hearn. “It’s all very well coming to Saudi Arabia to say we are developing boxing in the region. But what are we developing? Boxing is so important on so many levels for young people. Fitness, mental health, physical health, discipline and respect. But you still want talent coming through. There’s no reason why over the years, if the coaching is good enough, we can’t see some good fighters emerge. It’s very important that you see those young fighters coming through.”

The outbreak of the COVID-19 pandemic may have somewhat stalled the rise of boxing in Saudi Arabia, but Hearn believes the time is right to kick-start its growth again.

“The commercial interest, the participation interest, the interest from the public is getting bigger all the time,” he said. “When we filmed the promo in the square, you could see people were genuinely interested. The Ruiz fight did a lot for boxing in the Kingdom, but we lost a bit of momentum because of the pandemic. But interest is there, from a public perspective, from a commercial perspective, and it's a huge event in Saudi next Saturday.”

As a message to the fans, Hearn has promised a spectacular event on the Red Sea.

“Just enjoy. We’re desperate for Joshua to win,” he said. “He’s obviously a friend of ours, and we’ve been with him for his professional debut, but Usyk is, pound for pound, great. It’s going to be a tremendous fight, it’s going to be a tremendous atmosphere. It’s the World Heavyweight Championship. And we can’t wait to put on a huge event in Saudi Arabia next Saturday.”

These were the details of the news FIFA suspends India’s national soccer federation for this day. We hope that we have succeeded by giving you the full details and information. To follow all our news, you can subscribe to the alerts system or to one of our different systems to provide you with all that is new.