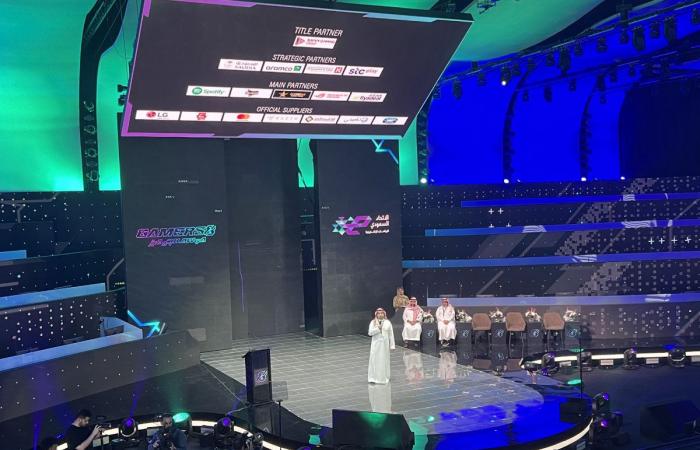 Thank you for reading the news about Ready player one: Esports fans get set for inaugural Gamers8 event in Riyadh and now with the details

Jeddah - Yasmine El Tohamy - EUGENE, Oregon: Most runners, throwers and jumpers at the upcoming world championships only need look to their left, or right, to see where the biggest challenges lie.

For a select few, the main competition will be the clock.

A year after records fell fast and furious at the Olympics, track and field returns to the world stage at one of the sport’s most hallowed stomping grounds: Eugene, Oregon.

The city called “TrackTown USA” was put on the map by a great middle distance runner, Steve Prefontaine, then kept there by a colossus called Nike. It now has an upgraded $270 million stadium — the iconic Hayward Field — that features a very fast track for this, the first world championships to be held on US soil.

Eugene had been slated to host in 2021, but the COVID-19 pandemic delayed the Olympics by a year, which pushed track and field’s calendar back one year, as well.

“There’s always a chance that records will fall during championships, but at the same time you can never order them,” said Norwegian standout Karsten Warholm, who broke the longstanding 400-meter hurdles world record twice last summer, including leaving where it is today, 45.94 seconds, when he won gold at the Tokyo Games. “For me when I go to championships, it’s all about running for the medals, firstly. If it takes a world record, then hopefully it will be me that takes it.”

Almost certain to be a headliner over the 10-day meet, which begins Friday with medals being awarded in race walk and the 4x400 meter mixed relay, is 22-year-old hurdler Sydney McLaughlin. It is not hyperbole to say she’s a threat not only to win, but to smash a world record every time she sets foot on the red track at Hayward that features a force-reduction surface.

On June 25 at US championships, also in Eugene, McLaughlin lowered her record in the 400 meters to 51.41 seconds. Last year on the same track at Olympic trials, she set a world record (51.90) — one she would lower nearly six weeks later on a similarly fast track in Tokyo (51.46).

She’s being pushed by reigning world champion Dalilah Muhammad, who had the record before McLaughlin and took silver in Tokyo. Also in the mix is Olympic bronze medalist Femke Bol of the Netherlands.

“You’re going to need to run really fast for gold,” Bol said after McLaughlin’s latest world record. “Because it shows that Sydney is in great shape.”

Ryan Crouser won Olympic gold in Tokyo last year, but his world record in the shot put — 23.37 meters — was set at Hayward, leading many to believe there’s more to “Hayward Magic” than merely the new-fangled composites in the track.

Jamaica’s sprint star Elaine Thompson-Herah — dominant, just like her countryman Usain Bolt — is a threat to break one of the most legendary marks on the books: The 10.49 run by Florence Griffith-Joyner in 1988. It should come as no surprise that Thompson-Herah’s personal best of 10.54 came last August — three weeks AFTER the Olympics — at the Prefontaine Classic at Hayward. She and Flo-Jo are the only women to break 10.6.

Don’t discount Thompson-Herah’s biggest rival, teammate Shelly-Ann Fraser-Pryce, whose fastest time is 10.6 seconds. She is, after all, the reigning world champion.

Some other story lines to watch in Oregon:

In Tokyo, Marcell Jacobs of Italy edged American Fred Kerley for the Olympic gold. In Eugene, Kerley is the favorite.

Kerley has the fastest time this season while Jacobs is just getting up to speed after dealing with a glute muscle injury. Jacobs has yet to break the 10-second mark this season, while Kerley has dipped under that time on seven occasions.

“I have a very good friendship with Fred, so I’m very happy when I seen him competing very well,” Jacobs said in the lead-up to a Diamond League meet in Sweden last month before electing to withdraw as a preventative measure. “Fred is running faster this year but I’m always able to express myself when it really counts. I’m confident at the world championships.”

Also in the field are reigning champion Christian Coleman, who missed the Olympics due to a suspension over missed drug tests, and Olympic bronze medalist Andre De Grasse of Canada.

The Olympic pole vault champion who grew up in Louisiana, attended LSU and represents Sweden cleared 6.16 meters (20-2 1/2) at a Diamond League meet last month in Stockholm to improve his own outdoor world record. It topped his previous mark of 6.15, set in Rome in 2020 — when he surpassed Sergey Bubka’s 26-year-old outdoor record.

Duplantis holds the indoor world record of 6.20 (20 feet, 4 inches), set at the world indoor championships in Serbia this year.

The legend of Pre

Count Norwegian Olympic 1,500-meter champion Jakob Ingebrigtsen as a fan of the late Prefontaine, who died in a car crash in 1975 at age 24 near the University of Oregon track where he became a star. Ingebrigtsen has heard stories and has watched some of Prefontaine’s races.

“He seemed like a cool guy, with some sort of the same mindset that I see myself having,” Ingebrigtsen said. “Trying to leave everything on the track.”

On Friday in a mixed 4x400 relay, Allyson Felix is set to run for the final time as the 36-year-old heads into retirement. Her 18 medals are the most in world-championship history.

“I want to have fun and just really appreciate the moment,” Felix said.

These were the details of the news Ready player one: Esports fans get set for inaugural Gamers8 event in Riyadh for this day. We hope that we have succeeded by giving you the full details and information. To follow all our news, you can subscribe to the alerts system or to one of our different systems to provide you with all that is new.