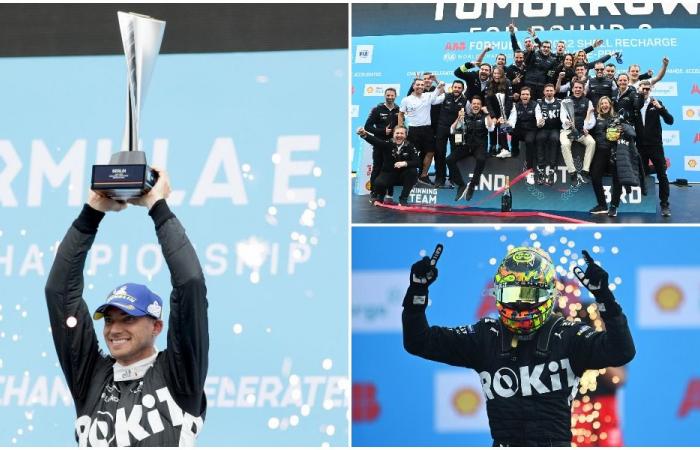 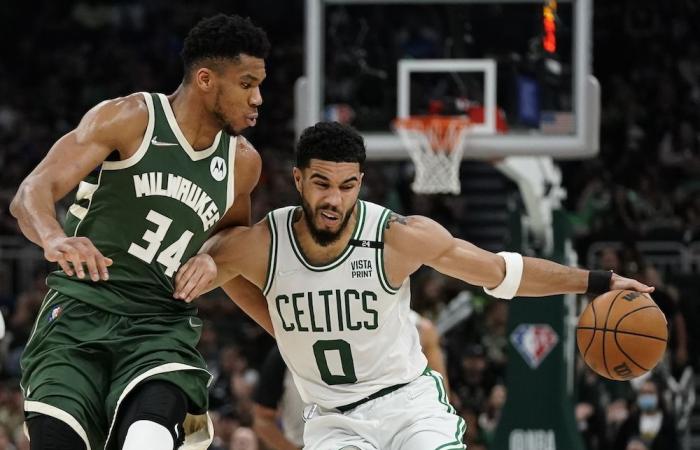 LOS ANGELES: The Golden State Warriors pulled away late to beat the Memphis Grizzlies 110-96 and reach the NBA Western Conference finals on Friday as the Boston Celtics stayed alive in the East with a 108-95 victory over the Milwaukee Bucks.

Klay Thompson drained eight three-pointers on the way to 30 for the Warriors. Stephen Curry added six three-pointers and 29 points as Golden State completed a 4-2 victory in the best-of-seven series.

They will face either the Phoenix Suns or Dallas Mavericks, who play a deciding Game 7 in their series on Sunday.

So will the Celtics and defending NBA champions Milwaukee after Jayson Tatum’s 46 points powered Boston to a victory that knotted their series at three games apiece.

With his team facing elimination, Tatum came through. He drilled seven of the Celtics’ 17 three-pointers to help them withstand a 44-point, 20-rebound performance from Bucks star Giannis Antetokounmpo and knot the best-of-seven series at three games each.

“Our season was on the line,” Tatum said. “I knew that and we knew that. We had to give it all we’ve got.”

Antetokounmpo posted the first 40-point, 20-rebound game since Shaquille O’Neal in 2001, but his third 40-point outburst in four games was not enough for the reigning champs to advance.

The winner of the series will take on the Miami Heat for a place in the NBA Finals.

Tatum reeled off 11 straight Boston points in the fourth quarter to help thwart a rally by the Bucks, who closed a 13-point deficit to four on Antetokounmpo’s three-pointer early in the final period.

It looked briefly as if the Bucks might author another impressive comeback victory, after erasing a 14-point fourth-quarter deficit to win Game 5 on Wednesday.

But Tatum and the rest of the Celtics would not let that happen.

“He took it to another level,” Boston’s Al Horford said of Tatum. “That’s what big-time players do in moments like this. He’s a special player and he showed it tonight. He’s poised, knew when to shoot it and knew when to pass it, knew when to attack.

“We put a lot on him and he delivered.”

Jrue Holiday scored 17 for Milwaukee, and Pat Connaughton with 14 was the only other Bucks player to score in double figures.

In San Francisco, it was nip and tuck through three quarters with Curry making two straight baskets to put the Warriors up 78-77 going into the fourth period.

Curry scored 11 points in the final quarter and Andrew Wiggins scored 10 of his 18 as the Warriors, down by two with 6:55 remaining, turned the tide.

Draymond Green chipped in 14 points, 15 rebounds and eight assists. Kevon Looney pulled down 22 rebounds for the Warriors, who had a chance to close out the series in the previous game and were blown out by 39 points.

They reached the conference finals for the first time since 2019, when the franchise reached a fifth straight NBA Finals but fell to Toronto in the championship series.

“I used to take it for granted,” Green said of reaching the conference finals. “I have a much deeper appreciation for it, it’s so hard.”

The Grizzlies, who eliminated the Warriors in the play-in tournament last year, were without young star Ja Morant, who suffered a bone bruise in his left knee in game four of the series.

Dillon Brooks led the Grizzlies on Friday with 30 points and Desmond Bane added 25, but Memphis could not find an answer at the end.

“This obviously stings,” Grizzlies coach Taylor Jenkins said. “Such a special season with a special group, and I want them to cherish that, remember that, despite this loss.”

These were the details of the news Formula E Season 8 success at last for ROKiT after Berlin E-Prix win for this day. We hope that we have succeeded by giving you the full details and information. To follow all our news, you can subscribe to the alerts system or to one of our different systems to provide you with all that is new. 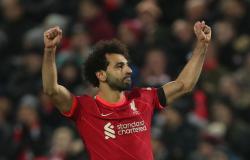