Egypt calls for postponement of the African Nations Cup final by... 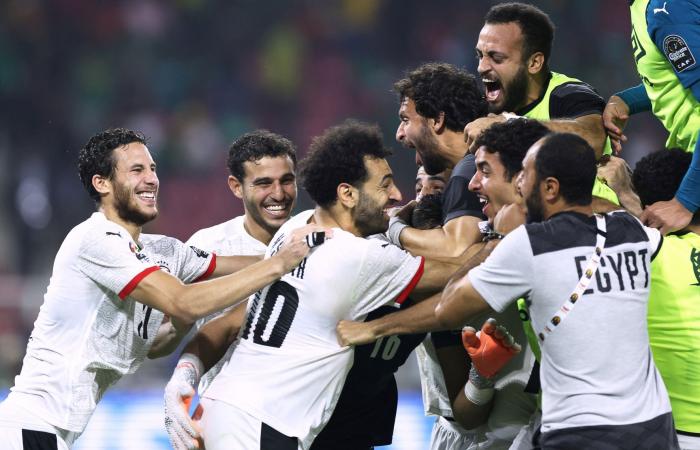 Liverpool FC celebrated the arrival of the Egyptian and Senegalese teams to the final of the African Nations Cup.

Liverpool published two tweets, the first addressed to the Egyptian team, which qualified, on Thursday, led by its star Mohamed Salah, at the expense of Cameroon, after the lucky strikes smiled at the “Pharaohs”.

And the official account of the “Reds” on Twitter published a tweet “to the final”, attached to a picture of the Egyptian star, who was happy to qualify.

In another tweet, the Liverpool account celebrated the arrival of its two stars, the Egyptian, Salah, and the Senegalese, Sadio Mane, to the final match.

Egypt will face Senegal in the final of the African Championship in Cameroon.

Egypt ended Cameroon’s dream of winning the African Nations Cup on its soil when it was eliminated Thursday from the semi-finals on penalties (3-1) after the original and extra time ended in a goalless draw at the Olympic Stadium in the capital Yaounde.

Egypt owes its crossing to its goalkeeper, Mohamed Abu Gabal, who jumped by saving two penalties, to avenge Cameroon, which deprived it of its eighth title when it beat it in the 2017 final in Gabon.

Egypt, which won its last title in 2010, will hope to consolidate its record of championship titles when it faces its star, Salah, the latter’s colleague in Liverpool, the Englishman, Mane, and his country, Senegal, which reached the second final in a row, Wednesday, at the expense of Burkina Faso (3-1), knowing that it lost the 2019 final in Cairo. Against Algeria, which deprived her of her first title.

These were the details of the news Egypt calls for postponement of the African Nations Cup final by... for this day. We hope that we have succeeded by giving you the full details and information. To follow all our news, you can subscribe to the alerts system or to one of our different systems to provide you with all that is new.