Learn about Mohamed Salah’s ranking in terms of the most popular... 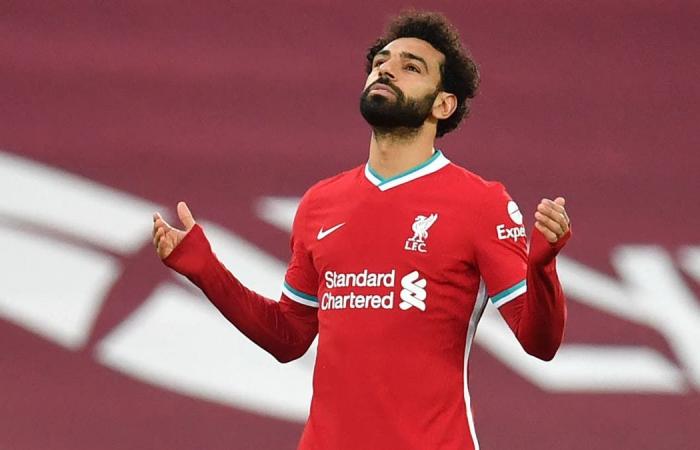 Football stars have a huge fan following on social media, which brings them financial profits that exceed millions of dollars, especially on the Instagram platform.

The Egyptian star, Mohamed Salah, the Liverpool winger, joined the list of the ten most famous players on “Instagram”, as he is followed by about 47.4 million followers, surpassing many football stars, led by Real Madrid star Gareth Bale.

He is preceded by the Colombian James Rodriguez, who left Europe and joined the Qatari league, but this did not affect his popularity, as his account on “Instagram” has 48.1 million followers.

In sixth place comes the Brazilian Marcelo, the Real Madrid star, who may live in his last days with the “Royal”, but his popularity on “Instagram” is great with 51.6 million followers.

Fifth, the player holds the title of the most “charismatic” player in the world of football, the Swedish Zlatan Ibrahimovic, the Milan star, who is followed by 52 million people around the world.

Fourth, Paris Saint-Germain star Kylian Mbappe as the most followed star with 65.3 million followers of his news and photos on “Instagram”.

The digital differences widen when we move to third place, as the Brazilian Neymar, the BCG star, has a following of 169 million people.

And in the standings, came Argentine Lionel Messi, the star of the French capital club and the former legend of Barcelona, ​​​​who has a massive popularity of 304 million people.

But Cristiano Ronaldo remains in the lead, the most popular player and the world in general on “Instagram”, with 395 million followers.

These were the details of the news Learn about Mohamed Salah’s ranking in terms of the most popular... for this day. We hope that we have succeeded by giving you the full details and information. To follow all our news, you can subscribe to the alerts system or to one of our different systems to provide you with all that is new.