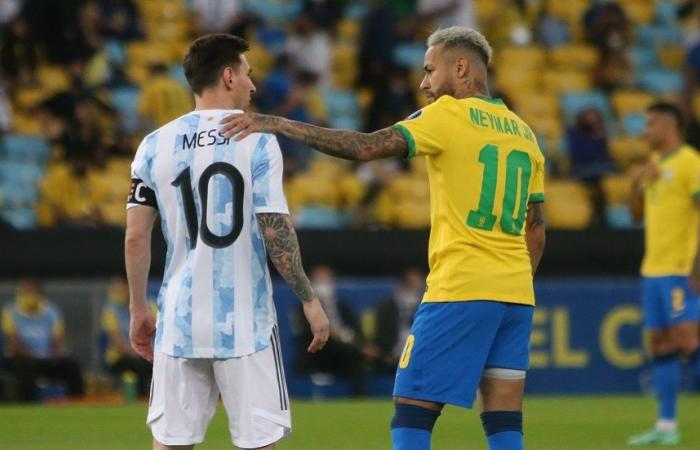 The channel “TyC Sports” reported that the Argentine star, Lionel Messi, will not be called up to the squad of his country, which will play two matches in the qualifiers for the FIFA World Cup Qatar 2022.

And the technical staff of the Argentine national team decided to give its captain, Messi, aged 34, a period of rest to recover from the effects of his infection with the Corona virus, with his French team, Paris Saint-Germain, according to “TyC Sports”.

The Argentine Tango team will face Chile on January 27, and then Colombia on February 1.

Argentina had already qualified for the 2022 World Cup, which is scheduled to be held in Qatar this winter.

Lionel Messi participated in 16 games this season in the “Tango” shirt, during which he scored six goals, in addition to five assists.

These were the details of the news Qatar 2022 World Cup qualifiers… Messi misses Argentina national team for this day. We hope that we have succeeded by giving you the full details and information. To follow all our news, you can subscribe to the alerts system or to one of our different systems to provide you with all that is new.