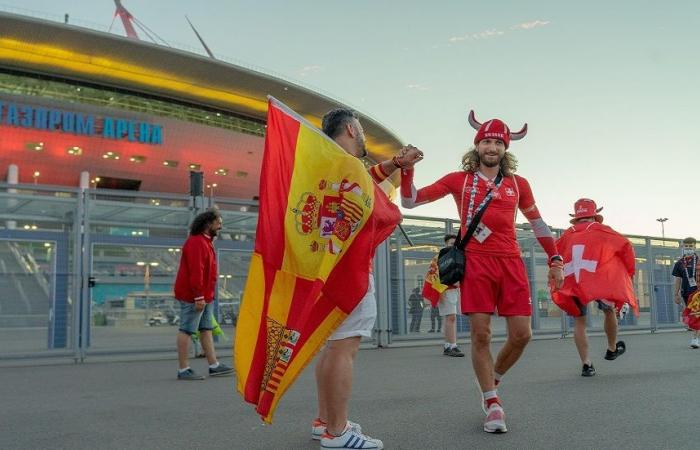 Russian Prime Minister Mikhail Mishustin said that football fans from all over the world will be able to attend the Champions League final in Petersburg without having to obtain visas.

“Next year, Russia will host an important event, the Champions League final, in late May, in the northern capital of Petersburg, which will host football fans from all over the world,” Mishustin said during a government meeting on Friday.

“We will consider the necessary amendments to the law so that the next event is held at the highest level,” he added.

Mishustin confirmed that fans will not need to obtain Russian visas to attend the Champions League final, saying, “It is proposed to establish rules similar to those that were applied in the country during its hosting of major sporting events (such as the 2018 World Cup). The amendments will allow football fans to enter Russia (to attend Champions League final) without visas, and having a fan’s passport will be enough.”

These were the details of the news Russia allows fans to attend Champions League final without visas for this day. We hope that we have succeeded by giving you the full details and information. To follow all our news, you can subscribe to the alerts system or to one of our different systems to provide you with all that is new.