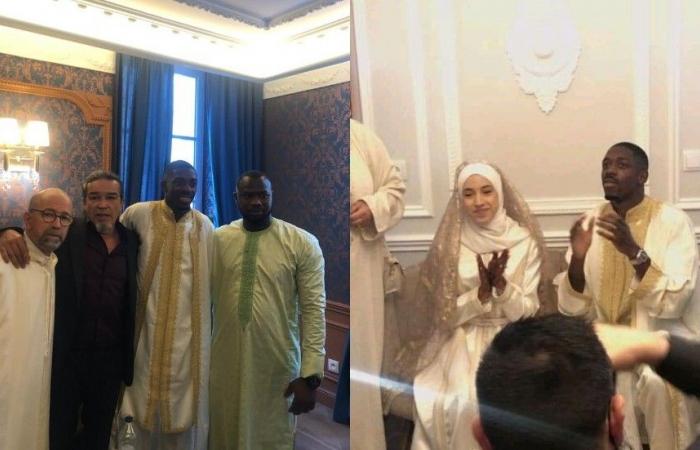 The Catalan newspaper “Sport” revealed that the French, Othman Dembele, celebrated his wedding in Morocco, surprised the Barcelona stars, because he did not inform them of this step, and they did not know that he was planning it in the first place.

And the newspaper “Sport” said that the Barcelona players were surprised by the leaked videos and photos from the wedding ceremony, which took place yesterday evening, Thursday, and Dembele invited some football players to him, including his teammate, Dayot Obamecano.

The Catalan newspaper also indicated that Dembele’s wedding also coincides with the surprise triggered by the French player regarding his willingness to renew his contract with Barcelona within days for 5 new seasons, while preparing to reduce his salary with the club.

She stated that the reactions on social media about Othman Dembele’s wedding were positive, as they were happy to have a partner in his life who would help him to be more committed and disciplined, while others spoke that Dembele, though, would usually continue to be late for training after marriage as well.

These were the details of the news Dembele’s marriage to a Moroccan surprised Barcelona and its stars (video) for this day. We hope that we have succeeded by giving you the full details and information. To follow all our news, you can subscribe to the alerts system or to one of our different systems to provide you with all that is new.