After Zalzouli and Akhomach, a third Moroccan is on his way... 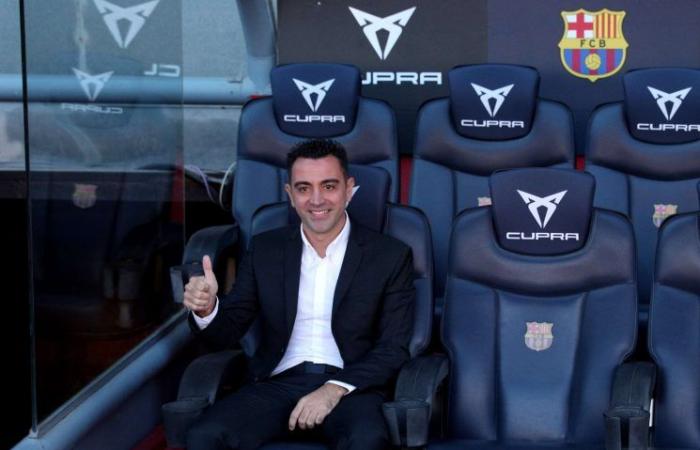 London – “Al Quds Al Arabi”: Spanish press sources said that the Barcelona administration is planning to conclude a Moroccan deal in the winter transfer market, which will open its doors with the first hours of the new year, in accordance with the desire of coach Xavi Hernandez, to get rid of the headache of poor quality in the right-back position, Even after bringing back legend Dani Alves with a short-term contract starting in the second half of the season.

According to the newspaper “AS”, the maestro has already given the green light to the decision makers in “Camp Nou”, to sell the American right defender Sergino Dest, or return him to his former club Ajax Amsterdam on loan, with an obligatory condition of the final sale, in turn, comes In his place is the Lion of Atlas Nassir Mazraoui before the curtain falls on the January window.

And the Madrid newspaper silenced the validity of what was widely circulated in the Catalan media, that Xavi is not convinced of the capabilities and capabilities of Dest, and this is why President Joan Laporta recommended accelerating the inclusion of Mazraoui in the winter, rather than waiting for the middle of 2022, when the Moroccan international contract will expire in “Johan Cruyff.” Arena” with the last official engagement with the team this season.

The report stated that Dest disappointed with his appearance with a modest version, compared to the promising image that he had with his former Dutch club, before the Blue Grana got involved in obtaining his signature, in a deal that cost the treasury more than 20 million euros in Mercato 2020, and in the end he failed to He left his mark with the team, contenting himself with scoring 3 goals last season, and contributing to scoring like them this season from his participation in 16 games, including 14 within the main strength, which made Xavi demand the administration to expel him sooner rather than later, and compensate him with his former colleague in the lowlands, to receive the flag from Alves, after his short stint with the coach ended.

And if Barca succeeds in including Mazraoui this winter or under the Bosman law in Mercato in the summer of 2022, he will be the third Moroccan to defend the Catalan entity at the present time, after Abdel-Samad El-Zalzouli, who caught the eye recently, after his remarkable appearance under the leadership of Xavi, specifically after his signature On his first goals in his professional career against Osasuna, and the other, Elias Akhmash, of Moroccan origin / Hispanic identity, whom the Moroccan university is trying to convince to represent the team of his fathers and grandfathers, instead of the team of his native Spanish.

These were the details of the news After Zalzouli and Akhomach, a third Moroccan is on his way... for this day. We hope that we have succeeded by giving you the full details and information. To follow all our news, you can subscribe to the alerts system or to one of our different systems to provide you with all that is new.