The oldest football tournament and its cradle awaits a historic event 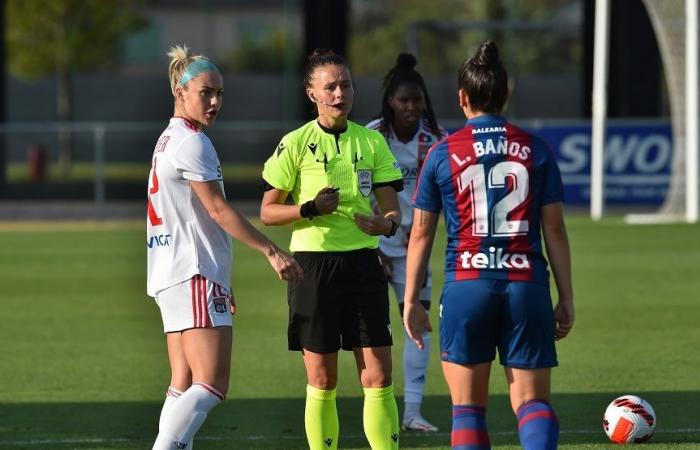 The FA Cup, the oldest tournament in history, will be on a date with an exceptional event, during the match between Birmingham City and Plymouth Argyle in the third round of the competition.

And the British newspaper, “Sun”, revealed that English referee Rebecca Welch has been appointed to manage the Birmingham City and Plymouth Argyle match in the third round of the FA Cup, which will be held on January 8, 2022.

Rebecca Welch will enter the history of football in her country from the widest doors, after being appointed as the first referee in the history of an FA Cup match, according to the newspaper.

The FA Cup is the oldest football tournament in history, as the first edition of it was held in the season (1871-1872) and was crowned at that time by the Wanderers team.

“I learned of my appointment to officiate a match in the FA Cup last Saturday,” Welch told Sky Sports. “I am very fortunate to have this opportunity.”

She revealed those who encourage her to complete her work in refereeing football matches: “My father is my biggest fan, but my mother does not know much about football, but she feels happy, they are proud of me.”

It is noteworthy that women’s refereeing has penetrated into international football matches recently, starting with the German wisdom, Bibiana Steinhaus, who managed in the season (2017-2018) a meeting in the “Bundesliga” between Hertha Berlin and Werder Bremen, while the French Stephanie Frappart managed the match between Juventus and Dynamo Kiev in the Champions League. Europe on December 2, 2020.

These were the details of the news The oldest football tournament and its cradle awaits a historic event for this day. We hope that we have succeeded by giving you the full details and information. To follow all our news, you can subscribe to the alerts system or to one of our different systems to provide you with all that is new.