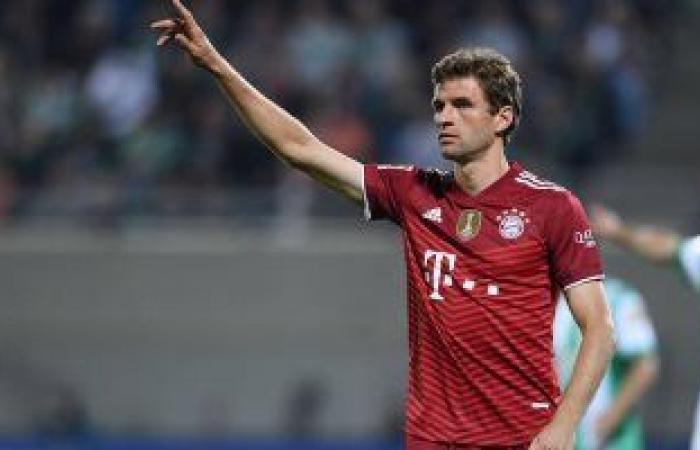 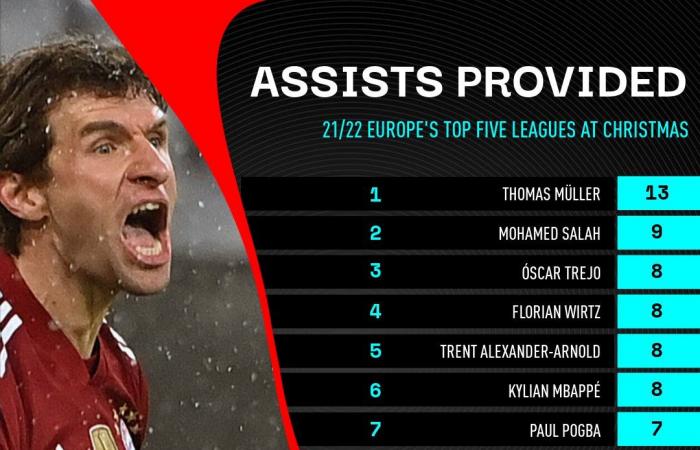 German international Thomas Müller The German Bayern Munich player is the list of the most goals-created players in the five major leagues during the current season before the end of this year 2021.

According to the global network “Skawaka” specialized in numbers and statistics for world football, Thomas Muller managed during the current season to score 13 goals, 4 goals ahead of his closest opponents from the players of the five major leagues.

The Egyptian star Mohamed Salah, the Liverpool player, comes in second place in the “Mr. Assist” ranking of the five major leagues, with nine goals he made in the English Premier League during the current season.

The list of players that created the most chances in the five major leagues was as follows.

Mohamed Salah, the winger of the Liverpool striker and the Pharaohs team, maintained the top scorer in the English Premier League this season 2021-2022, after the matches of the eighteenth round of the Premier League competitions.

Mohamed Salah outperforms Portuguese Cristiano Ronaldo in the Premier League’s top scorer struggle, as the pharaoh scored twice the goals of the Don in the English competition, after he scored 15 goals in 18 rounds, compared to only 7 goals for the star crowned the Golden Ball in 5 times.

While the Egyptian Mohamed Salah, the Liverpool player, is competing against his counterpart Cristiano Ronaldo in the mass vote for the “Globe Soccer” award for the best player in the world for the current year 2021 so far, a few days before the ceremony scheduled for December 27.

These were the details of the news Thomas Muller, Mr. Founder of the five major leagues, and Mohamed... for this day. We hope that we have succeeded by giving you the full details and information. To follow all our news, you can subscribe to the alerts system or to one of our different systems to provide you with all that is new.