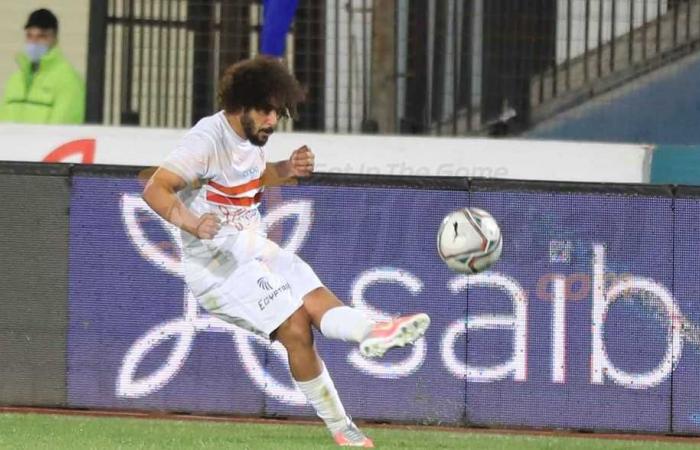 FilGoal.com was also alone, and after Imam Ashour, Abdullah Gomaa, the left back of Zamalek, came to the club, and the club announced the extension of his contract officially.

Zamalek club announced the extension of the contract of Abdullah Gomaa, the left-back of the team, for three seasons, until 2025 officially.

The player signed the renewal contracts for the White Castle in the session he held today with Hussein Labib, the head of the committee in charge of managing the club, in the presence of Hussein Al-Sayed, a member of the committee.

The committee in charge of managing the club decided the file to renew the player’s contract before the team organized in a closed camp in preparation for the Ismaili meeting scheduled for next Friday in the fourth round of the league, to maintain the stability of the team.

Abdullah Gomaa is the second player Zamalek announces the extension of his contract today, Wednesday, after extending Imam Ashour’s contract for three seasons as well.

Abdullah Gomaa returned to the Zamalek list again after an absence due to injury. (see details)

Abdullah Gomaa joined Zamalek in 2017 from Enppi, after a loan period with the Egyptian club.

Abdullah Gomaa has 5 international matches with the Egyptian national team.

These were the details of the news FilGoal | News | He also singled out in... for this day. We hope that we have succeeded by giving you the full details and information. To follow all our news, you can subscribe to the alerts system or to one of our different systems to provide you with all that is new.