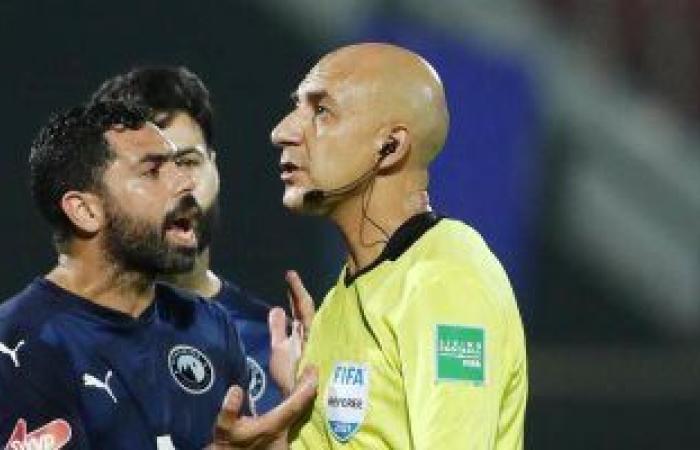 The referees committee of the Football Association, headed by Essam Abdel-Fattah, chose between the international duo Mohamed Adel and Ibrahim Nour El-Din to manage the summit match between Zamalek and Al-Ahly on November 5, in the third week of the general league.

The committee decides its decision after the matches of the second week of the league, and the evaluation of the two referees in full, and the chances of international referee Mohamed Adel in managing the summit are the largest, especially since he did not manage the summit match before, while Ibrahim Noureddine previously managed the summit.

For his part, Essam Abdel-Fattah, head of the Referees Committee, confirmed that the Football Association has not received any official correspondence from Al-Ahly and Zamalek regarding the recruitment of a foreign arbitration staff for the summit match so far, saying in a telephone interview to a program with Schubert on Radio On Sport FM, “In fact, a blow. The penalty of Zamalek in front of Enppi is 50 or 50, and in this case we rely on the decision of the referee, as it is the administrative one.”

And Essam Abdel-Fattah continued, “Foreign referees must be requested 15 days before the date of any match, and so far we have not received an official letter from the two clubs and the match is scheduled for next November 5, and if I see mistakes from the referees, I will talk about them and will not hide them, and 25 thousand dollars is the value of the request of foreign referees for any A league match.

The head of the referees committee explained: “Shahanda Al-Maghraby is a candidate to referee in the Women’s World Cup, and she will manage the matches of the African Women’s Champions League this season, and there will be a full female staff in the league matches this season.”

And Essam Abdel-Fattah adds, “Not announcing the refereeing team for the league matches is not my fault, but within days I will solve this crisis and announce the referees for each match, and we seek to create an official page that speaks on the tongue of the referees committee and publishes official decisions.”

He continued, “We are currently holding a training camp for referees for the African nations, and there are seven Egyptian referees, and the opportunity is still available, and whoever strives in the African nations of Cameroon will find his chance in the World Cup.”

These were the details of the news The Referees Committee chose between Mohamed Adel and Ibrahim Nour El-Din... for this day. We hope that we have succeeded by giving you the full details and information. To follow all our news, you can subscribe to the alerts system or to one of our different systems to provide you with all that is new.