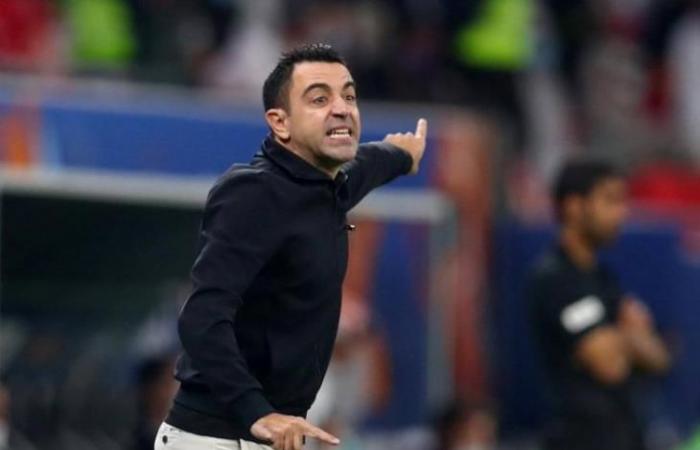 Spanish press reports revealed the scenes of the negotiations between Barcelonas board of directors and Xavi Hernandez, the current Qatari Al-Sadd coach, to succeed Dutchman Ronald Koeman.

Barcelona announced yesterday evening, Wednesday, the dismissal of the Dutch coach from his position as coach of the Blaugrana, after the defeat against Rayo Vallecano with a goal without a response in the Spanish league competitions “La Liga”.

According to the Catalan newspaper “Sport”, Barcelona is working to accelerate the pace of negotiations with Xavi in ​​order to be present in the Catalan team’s match against Dynamo Kiev in the fourth round of the Champions League, scheduled for next Tuesday (November 2).

The newspaper added that Barcelona Vice President Rafa Yusti and Director of Football Matteo Alemani went to Qatar to finalize the deal that will allow Xavi to take over the technical management of the Catalan team.

For its part, the newspaper “Mundo Deportivo” confirmed the validity of the news of the existence of negotiations between Barcelona and Xavi, pointing out that the owners of the Qatari club will not put many obstacles in the way of agreeing to the return of Xavi to the Camp Nou.

The newspaper pointed out that Xavi and his agent, Fernando Solanas, are already working on steps to terminate the contract with the Qatari dam.

Mundo Deportivo learned from its sources that there is a problem with the date of Xavi’s joining Barcelona, ​​as Al-Sadd officials want the Spanish coach to wait until the next Al-Duhail match, scheduled for Wednesday (November 3), after which he will leave the club.

On the other hand, Barcelona wants the 41-year-old to lead the Catalan team in its next and important match against Dynamo Kyiv of Ukraine, scheduled for Tuesday (November 2), given the position of Blaugrana in the group table.

Barcelona is in third place in Group E of the Champions League (3 points), while Bayern Munich leads the standings with nine points, followed by Benfica (4 points), while Dynamo Kiev is in the last place with one point.

For its part, other Spanish reports said that in the event that an agreement with Xavi is not reached quickly, Albert Capillas will lead the team temporarily during the coming period.

These were the details of the news Reports explaining… the scenes of Barcelonas negotiations with Xavi… and a... for this day. We hope that we have succeeded by giving you the full details and information. To follow all our news, you can subscribe to the alerts system or to one of our different systems to provide you with all that is new.