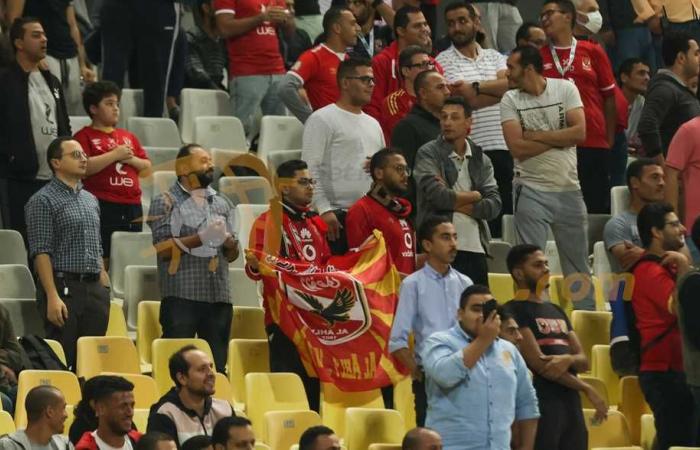 Al-Ahly coach Pitso Mosimane praised the crowd’s attendance during the Ismaili match in the opening session of the league competition.

Al-Ahly managed to win by four goals without a match at the beginning of the league campaign.

Mosimane directed to the fans who attended the match, saying: “Despite your small numbers, you were chanting the loudest and gave the team the motivation and energy.”

“The 12th player always makes the difference, thank you for your support,” Mosimane said on Twitter.

Al-Ahly will host the Al-Ahly Bank team on Sunday evening in the matches of the second round of the league competition.

Al-Ahly leads the league standings after the first round, with a goal difference.

Al-Ahly’s goals against Ismaili were scored by Ali Maaloul from a penalty kick, and Percy Tau scored two goals in his first appearance before Ahmed Abdel Qader finished the scoring.

These were the details of the news FilGoal | News | Musimani to Al-Ahly fans: The... for this day. We hope that we have succeeded by giving you the full details and information. To follow all our news, you can subscribe to the alerts system or to one of our different systems to provide you with all that is new.