With the “bus” plan, Osasuna imposes a draw on Real Madrid 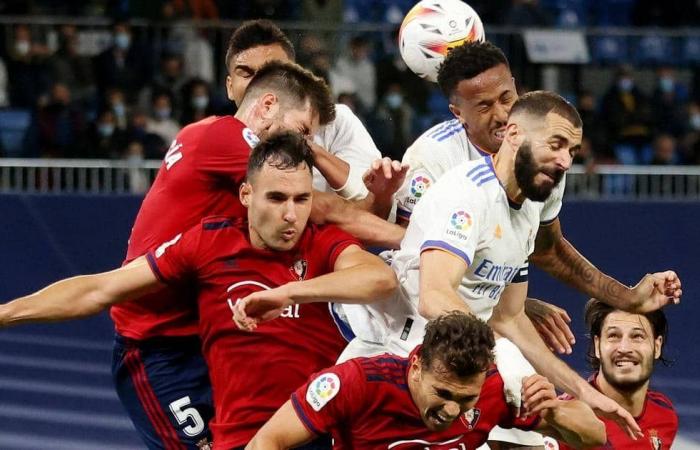 And after only 3 days of winning over his traditional rival Barcelona In the first derby of the season, the royal team failed to repeat the result against the brilliant Osasuna.

The team from Pamplona continues to deviate from expectations, as it is currently ranked sixth in the league, and is only two points behind real Madrid Seville, Real Betis and Real Sociedad, the top four with 21 points for each team.

and advancing Osasuna Also, with four points, Barcelona, ​​who suffered the second loss in a row, lost 0-1 at the Rio Vallecano stadium, and sacked its Dutch coach. Ronald Koeman.

Despite possessing the ball with 76 percent, Real Madrid failed to score the visitors’ net.

Osasuna, who has only lost twice in 11 league matches, maintained his unbeaten record in the last 5 matches in the competition.

These were the details of the news With the “bus” plan, Osasuna imposes a draw on Real Madrid for this day. We hope that we have succeeded by giving you the full details and information. To follow all our news, you can subscribe to the alerts system or to one of our different systems to provide you with all that is new.