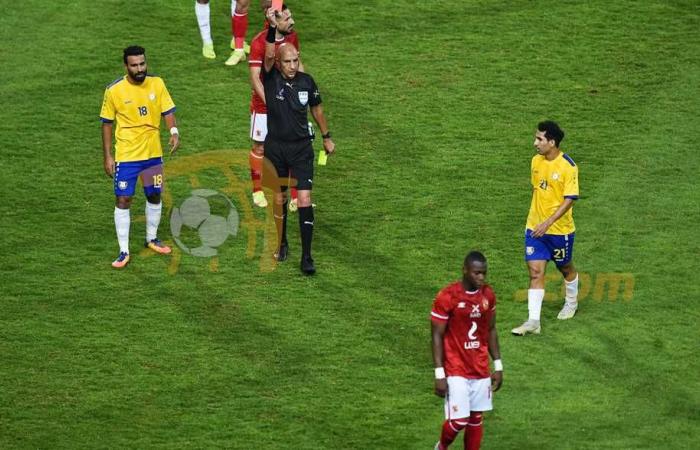 Essam Abdel-Fattah, head of the referees committee, believes that Mohamed Adel’s leadership of the Ismaili and Al-Ahly match in the first round of the Egyptian League was excellent.

Abdel-Fattah said on the Sada Al-Balad channel: “The refereeing of the Ismaili and Al-Ahly match was wonderful, and the penalty kick awarded to Al-Ahly is 100% correct.”

He stressed, “Diang’s foot was not flat, so that ball falls under the item of recklessness and not the use of excessive force, so it deserves a warning and not a direct expulsion.”

And he added, “So far, no club in Egypt has asked for foreign referees for any of its matches. We have to look at more than one point before bringing in foreign referees, such as the Egyptian Arbitration Authority and the element of time.”

He revealed, “Is it possible for any of the two referees who led the two matches last season to lead the third round match between Zamalek and Al-Ahly? All possibilities exist.”

Mahmoud Al-Banna led the top of the first round last season, while Amin Omar led the second round match.

Al-Ahly opened its Egyptian league campaign by defeating Ismaily with four goals without a response, in the match that brought them together at the Burj Al Arab stadium in Alexandria.

Percy Tau, the newcomer to Al-Ahly, starred during the match and scored a double in his first appearance with the Red Team.

Al-Ahly scored the match points to top the league standings, ahead of Al-Ahly Bank, which won three without a response to the Vanguards of the Army.

These were the details of the news FilGoal | News | Head of the Referees Committee:... for this day. We hope that we have succeeded by giving you the full details and information. To follow all our news, you can subscribe to the alerts system or to one of our different systems to provide you with all that is new.