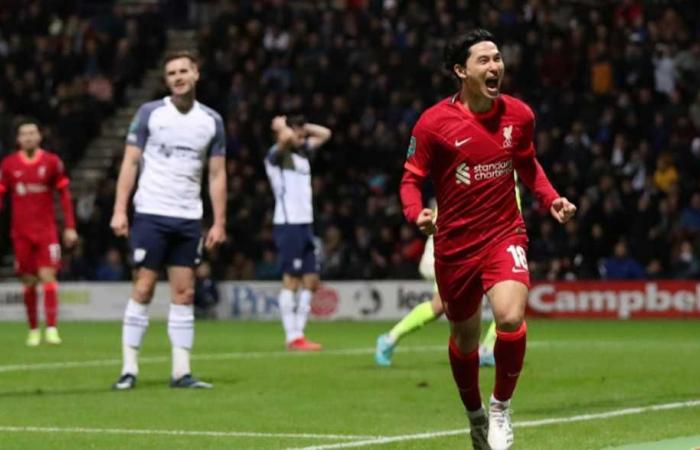 Liverpool is a guest of Preston North End at Debdale Stadium in the round of 16.

Takumi Minamino opened the match goals in the 62nd minute.

Divock Origi added the second goal for the Reds in the 84th minute.

The meeting did not witness the participation of Liverpool star Mohamed Salah, after coach Jurgen Klopp removed him from the entire list.

At King Power Stadium, Leicester City beat Brighton 4-2 on penalties, after a positive draw with two goals for each team.

Harvey Barnes opened the goals of the meeting in the sixth minute.

Adam Webster equalized for Brighton in the third minute of stoppage time.

In the 71st minute, Enoch Mwepo equalized again for Brighton.

And in the penalty shootout, Neil Maupai and Enoch Mwepo missed Brighton to lose their team to the tournament.

These were the details of the news FilGoal | News | Liverpool easily crosses Preston in... for this day. We hope that we have succeeded by giving you the full details and information. To follow all our news, you can subscribe to the alerts system or to one of our different systems to provide you with all that is new.