Is Mohamed Salah deprived of the Golden Ball because he is... 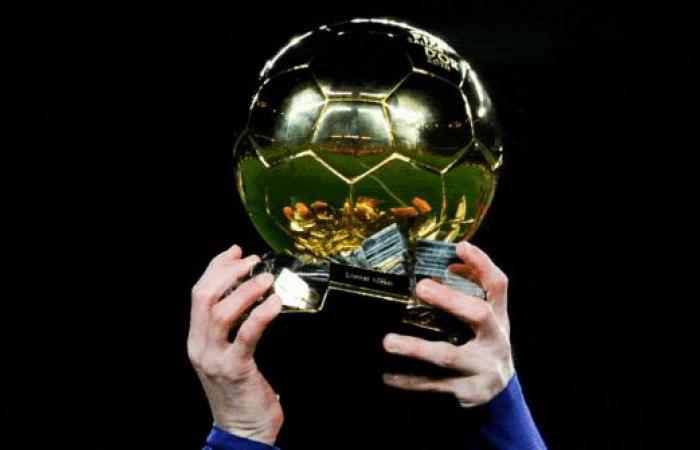 “Salah is the best in the world right now,” a phrase chanted by sports analysts, big stars and millions of fans of the Egyptian star Mohamed Salah, to raise the voices demanding his eligibility to obtain the Golden Ball for the year 2021.

Salah, 29, is providing the best start to his football career this season. He scored in the last 10 consecutive matches with his Liverpool team in all competitions, and is the top scorer in the English Premier League with 10 goals, after only 9 rounds have passed.

Last weekend, the Egyptian pharaoh achieved a historic achievement by being the best African scorer in the history of the Premier League, after raising his score to 107 goals, ahead of Chelsea legend, retired Ivorian striker Didier Drogba, who has 104 goals.

All are numbers and achievements that have made some claim or nominate Salah for the 2021 Ballon d’Or, which is the highest among the players’ awards in the world, but this dream seems unattainable for the Egyptian pharaoh, at least this year.
However, some Arabs believe that the failure of the “little pharaoh” to obtain the title is due to the fact that he is Arab first and from the continent of Africa second, that is, he is not of European or Latin origin, “South America”, which is usual to win this award.In this monitoring, we review three reasons that keep Salah away from winning the Ballon d’Or this year:

1- Football is a team game in the first place

Salah did not achieve any title with Liverpool last season, so that the team suffered before it reserved its seat to participate in the Champions League.

2- Salah did not achieve individual achievements either

He did not win any individual award in the English Premier League last season (best player or top scorer) nor in the Champions League, unlike the leading candidates to win the Ballon d’Or this year, Argentine Lionel Messi, who topped the Spanish League’s top scorer, and Poland’s Robert Lewandowski, top scorer Bundesliga.

Here Salah is not to be blamed, because the Egyptian national team has not participated in any tournament since 2019, unlike Messi, who participated with his country in the last Copa America and led him to crown it, as well as Georgino, who is nominated by some to win the prestigious award, after winning the last European Cup. With the Italian national team and the Champions League with Chelsea.

These reasons do not mean that Salah does not deserve the Ballon d’Or and will not win it this year, everything remains possible until the 29th of next November, the date of the announcement of the winner’s name, but the Egyptian star misses three of the most important conditions set by “France Football” magazine as a criterion for awarding its award .

These were the details of the news Is Mohamed Salah deprived of the Golden Ball because he is... for this day. We hope that we have succeeded by giving you the full details and information. To follow all our news, you can subscribe to the alerts system or to one of our different systems to provide you with all that is new.