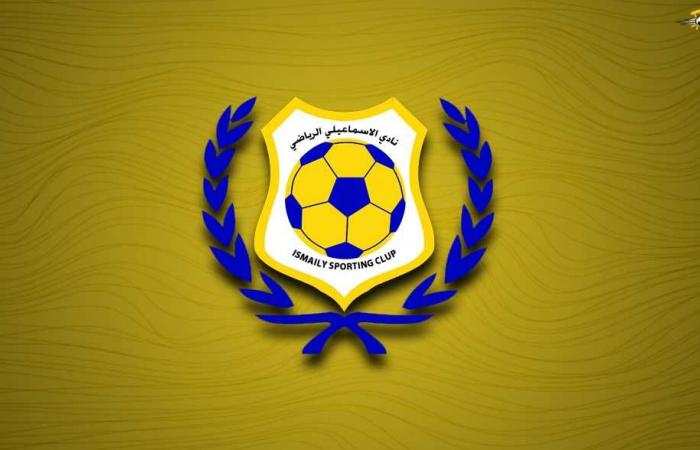 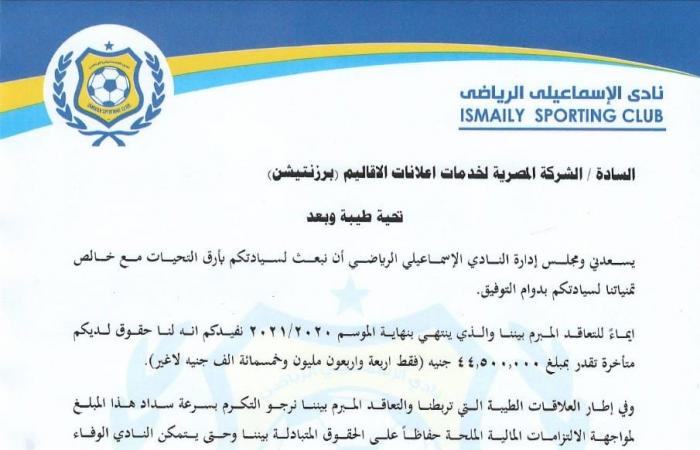 Al-Ismaily explained, on its official website, that the television broadcast of its match against its guest Al-Ahly on Wednesday in the first round of the Egyptian Premier League was banned.

The club said that the reason was due to “Presentation Sports’ failure to pay the club’s dues, amounting to 44.5 million pounds.”

He added that he will prevent placing any advertising materials around the Burj Al Arab stadium and will notify the concerned authorities of this, until Presentation pays the club’s dues.

Al-Ismaili sent an official letter to Presentation demanding his dues, according to a signed contract that expired at the end of the 2020-2021 season.

Al-Ismaili, the three-time Egyptian Premier League champion, is suffering from a financial crisis. His legend, Ali Abu Greisha, head of the club’s technical committee, said a few days ago that the players’ arrears will be paid.

The team is preparing for a strong confrontation against Al-Ahly, the holder of the African Champions League title.

The club is seeking to present a better season than its predecessor, in which it ranked 13th.

These were the details of the news FilGoal | News | Al-Ismaili prevents broadcasting its match... for this day. We hope that we have succeeded by giving you the full details and information. To follow all our news, you can subscribe to the alerts system or to one of our different systems to provide you with all that is new.