Liverpool is trying to reduce the duration of the presence of... 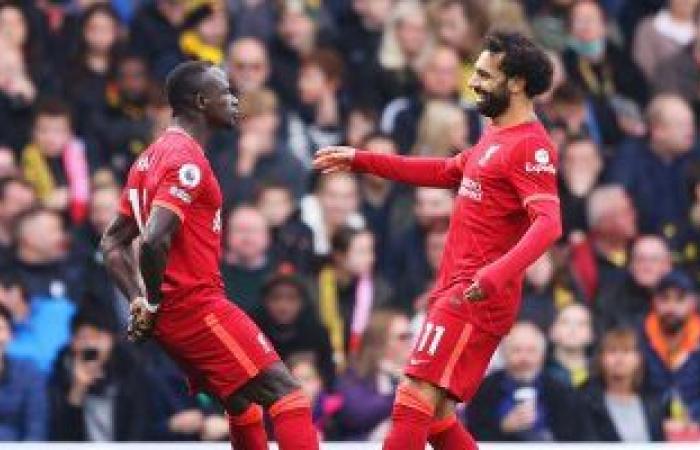 English press reports revealed that Liverpool are holding talks aimed at reducing the time in which the main players are absent from the team in the African Nations Cup, as Reds coach Jurgen Klopp faces a major crisis in the absence of the duo Mohamed Salah and Sadio Mane.

The Reds lost last season due to injuries that inflicted their team, and now Liverpool faces the risk of facing the same thing during the upcoming African Nations Cup, where Mohamed Salah plays with the Egypt team, Sadio Mane with Senegal and Naby Keita with Guinea.

The Africa Cup of Nations is scheduled to take place from January 9 to February 6 2022, after the tournament was postponed from last year due to the Corona virus epidemic, but under current FIFA rules, eligible countries can request the release of their players on December 27 after the Premier League matches.

But the Reds coach enjoys a good relationship with all three national teams and is hopeful that talks over the international break in November will convince the three teams to release their players in January instead, according to the Mirror.

Klopp’s team travels to Leicester City on December 28, before facing a crucial confrontation with Chelsea at Stamford Bridge on January 2, and Liverpool are trying to hold on to their players during those two matches.

If Liverpool can persuade the teams to let the trio leave after the trip to Chelsea in the new year, it will still give them more than a week to prepare for the opening matches.

The Africa Cup of Nations kicks off on January 9th when Cameroon faces hosts Burkina Faso in the opening match.

Senegal and Guinea play their opening matches on January 10, while Egypt’s first encounter will come two days later when they face Nigeria.

The final is scheduled to take place on February 6, and if Egypt, Senegal or Guinea reach the end of the tournament, one of the stars may miss the Reds matches until the Champions League knockout stages begin in mid-February.

Egypt is counting on the captain of the national team, Mohamed Salah, the candidate to win the Golden Ball, as he scored 12 goals in all competitions so far.

The following are the possible matches for the Liverpool team without Mane and Salah:

These were the details of the news Liverpool is trying to reduce the duration of the presence of... for this day. We hope that we have succeeded by giving you the full details and information. To follow all our news, you can subscribe to the alerts system or to one of our different systems to provide you with all that is new.