Al-Ahly is armed with a “Sonedeep” plan to discipline the Niger... 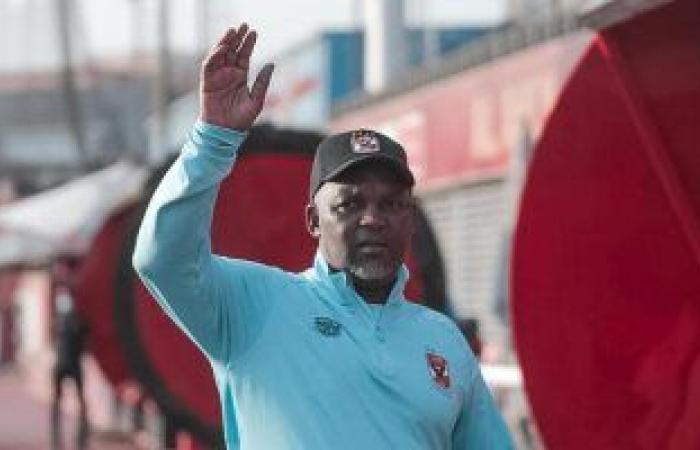 South African Betso Musimani, coach of Al-Ahly Club, lifted the state of emergency inside the corridors of the red team, hours before the confrontation that the Red Genie is playing against the National Guard in the second leg of the 32nd round of the African Champions League, scheduled for six in the evening, tomorrow, Saturday, at Al-Ahly and Al-Salam Stadium.

Musimani intensified his sessions with his players to motivate them to cross the National Guard battle to avoid the sad surprises in the African Champions League in front of the submerged teams, stressing his complete refusal to repeat the scenario of recklessness that occurred by some players in the first leg, stressing the need to achieve a big victory that calms the mass anger that surrounds the team Especially before the start of the league competition with the expected confrontation with Al-Ismaily in the opening round.

Musimani is looking forward to arming himself with a plan to confront Al-Ahly with Sunedib, the champion of Niger, in the last edition of the African Champions League, which he won by four without a response in Cairo, after winning the first leg with a goal without a response, to be repeated in front of the National Guard to ensure the kidnapping of the visa to be in the African group stage.

The Al-Ahly football team concludes its preparations today, Friday, to confront the National Guard team, a training during which coach Pitso Mosimane will put the last frills regarding the plan for tomorrow’s match and the players selected to participate in this confrontation.

These were the details of the news Al-Ahly is armed with a “Sonedeep” plan to discipline the Niger... for this day. We hope that we have succeeded by giving you the full details and information. To follow all our news, you can subscribe to the alerts system or to one of our different systems to provide you with all that is new.