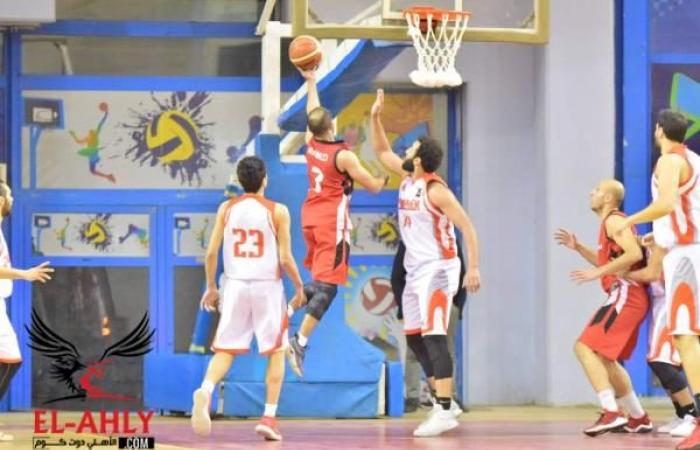 The first basketball team at Misr Insurance Club succeeded in repeating its victory over Zamalek again, after it beat it this evening, Thursday, 71-69, in the fifth round of the related league.

The events of the match, which took place at the Zamalek hall in Mit Aqaba, came in a good level amid mutual control, during which Egypt Insurance managed to launch multiple attacks on the Al-Abyad goal, so that the guests decided the result in their favor in the end.

This is the second defeat for the first basketball team in Zamalek this season, as the first was with a score of 78-62 against Egypt for the same insurance, which secured the top of the group, while Al-Abyad came second.

This defeat made a possible confrontation between Al-Ahly and Zamalek in the quarter-finals of the related league, where Al-Abyad will face a large percentage of the Olympic team, while Al-Ahly, the leader of his group in the final price, will face the channel team.

These were the details of the news In his hall and in front of his fans.. Egypt Insurance... for this day. We hope that we have succeeded by giving you the full details and information. To follow all our news, you can subscribe to the alerts system or to one of our different systems to provide you with all that is new.