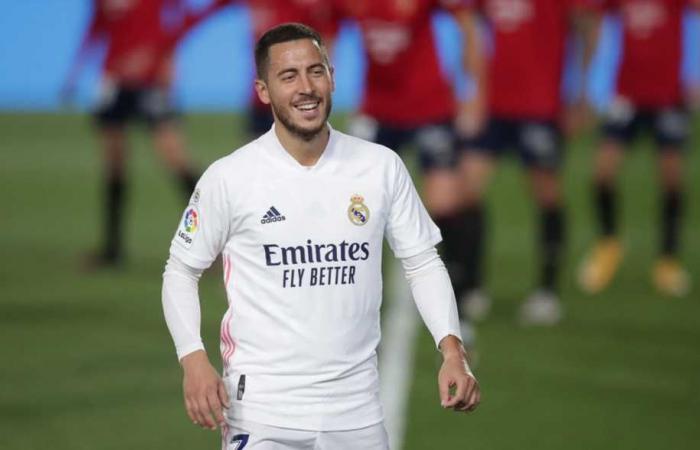 Former Real Madrid striker Fernando Morientes has warned that the club may run out of patience with Belgian Eden Hazard, who arrived from Chelsea two years ago and who has not yet done what matches his aspirations.

Morientes said in comments reported by the English newspaper “Daily Mail”: “Madrid tends to be patient with this type of player. We know that Hazard is very good, but perhaps there will come a time when Real Madrid will have to make a decision.”

“This year is decisive for him. He has to show what he has. The club waited two years to reach the top of his game. This year the club, the fans and colleagues have been waiting for him to do better, but so far he has not started in the best possible way.”

“The club has waited a lot for a player who was good at Chelsea. Maybe Real Madrid will have to decide not to wait any longer,” he explained.

“It is unfortunate that he has gone through all these setbacks and injuries, and this is not only for Hazard, as any player will be affected by this, not only physically but mentally as well,” Morientes added.

He concluded, “It’s a difficult job for him. Teams like Real Madrid, Barcelona, ​​Liverpool and Manchester United demand results instantly every week, and wait for one win after another, and it’s true that Hazard cost a lot of money so everyone expects a lot from him. I think he feels that pressure and has a sense of responsibility. “.

The deal to bring Hazard cost 100 million euros in the summer of 2019, during the last year of his contract with Chelsea.

Morientes’s speech comes before he plays his first El Clasico match against Barcelona on the twenty-fourth of October, as he missed all four matches that Merengue played against the Catalan rival since joining.

These were the details of the news FilGoal | News | Morientes warns Hazard before Real... for this day. We hope that we have succeeded by giving you the full details and information. To follow all our news, you can subscribe to the alerts system or to one of our different systems to provide you with all that is new.