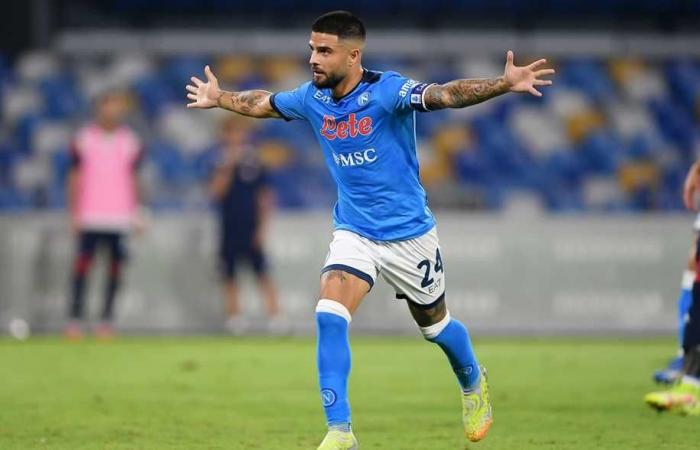 Italy’s Napoli crushed its Polish guest Legia Warsaw 3-0 in the third round of the group stage of the European League.

This came despite the goalless equalizer dominating matters in the first 75 minutes of the match, as Lorenzo opened the scoring in the 76th minute, and Victor Osimhen added the second goal in the 80th minute, before Matteo Politano finished the home hat-trick in the 95th minute.

The win raised Napoli’s tally to 4 points in second place, with a goal difference from Leicester City, while Legia retained the group lead despite the defeat, with 6 points.

In the same competition, Scottish Rangers, led by Liverpool legend Steven Gerrard, won their first victory at the expense of Danish Brondby with two goals without reply, scored by Leon Balogun in the 18th minute and Kemar Rove in the 30th minute.

The victory gave Rangers the first 3 points in third place, a point behind second-placed Sparta Prague, who lost a very exciting match at the hands of the French group leader Lyon with 9 points.

This came as Lyon won 4 goals against 3, in the match that started with Spartas lead with Lukas Haraslin’s goals in the 4th and 19th minutes.

Karl Toko Ekambi reduced the difference in the 42nd minute after a pass from Jerome Boateng, and Houssem Aouar tied the score in the 53rd minute.

In the 67th minute, Lyon advanced for the first time by Lucas Paqueta after a pass from Ekambi, then Ekambi scored the fourth goal in the 88th minute, before David Hanko ignited the atmosphere with Spartas third goals in the 96th minute.

Finally, West Ham United beat Belgian Genk with three goals without a response, scored by Craig Dawson in the 45th minute, Issa Diop in the 57th minute and Jarrod Bowen in the 59th minute.

The win raised West Ham’s tally to 9 points in the lead, 6 points ahead of all its rivals, Dinamo Zagreb, Rapid Vienna and Genk, each with 3 points.

These were the details of the news FilGoal | News | European League for this day. We hope that we have succeeded by giving you the full details and information. To follow all our news, you can subscribe to the alerts system or to one of our different systems to provide you with all that is new.