Klopp hopes to reduce the period of joining Mohamed Salah in... 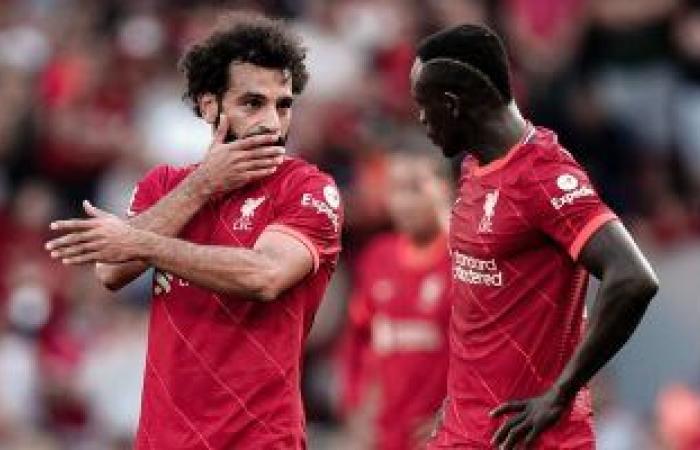 British press reports revealed that German coach Jurgen Klopp, coach of the Liverpool team, decided to enter into serious negotiations with the teams of Egypt, Senegal and Guinea to obtain their approval to leave the international trio of Mohamed Salah, Sadio Mane and Naby Keita for the shortest possible period during the activities of the upcoming Africa Cup of Nations, Cameroon 2022.

According to the British newspaper, “Mirror”, Klopp hopes, in light of the strong relationship he has with the technical staff of the three teams, to reach an agreement to give him more time during the African Nations events to benefit from the services of international players.

The newspaper pointed out that the German coach may lose the trio eight games during the activities of the African Cup of Nations, which may affect the team during its journey to survive the crowning of the English Premier League title, which it is seeking fiercely this season.

And the newspaper stressed that Jurgen Klopp will start negotiations with the teams of Egypt, Senegal and Guinea Conakry, starting from the next international break scheduled for next November to reduce the period of their presence in Elkan.

The Africa Cup of Nations will be held in Cameroon from January 9 to February 6, 2022, after being postponed for a year due to the Corona virus..

Reports indicated that Mohamed Salah, Sadio Mane and Naby Keita may leave Liverpool on December 27, and miss 8 matches, including 6 in the English Premier League, and two matches in the FA Cup if they continue in the African Nations Cup competitions until the end of the tournament..

Reports indicated that those who will be selected in the lists of their country participating in the African Nations Cup may leave England after the “Boxing Day” matches in the English Premier League, and they will not return until the second week of February.

Mohamed Salah is at the top of the list with 7 goals, the same as Jimmy Vardy, after he scored a goal in Leicester City’s victory over Manchester United “4-2”.

And Mohamed Salah equaled Didier Drogbas number with 104 goals, at the top of the list of African scorers in the history of the English Premier League..

Mohamed Salah played 166 matches in the English Premier League with Liverpool, scoring 104 goals, while Didier Drogba played 254 matches, during which he scored 104 goals.

These were the details of the news Klopp hopes to reduce the period of joining Mohamed Salah in... for this day. We hope that we have succeeded by giving you the full details and information. To follow all our news, you can subscribe to the alerts system or to one of our different systems to provide you with all that is new.