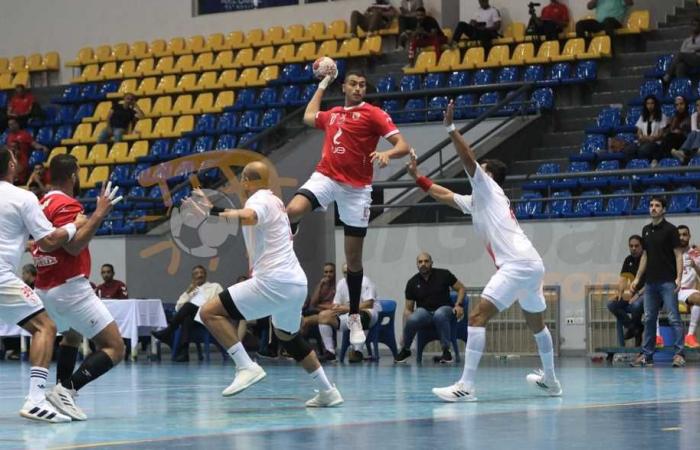 Al-Ahly and Zamalek continued their victories in the Egyptian Handball Professional League, while Tala’a El-Gaish stumbled with a new tie and Sporting was in the lead after the end of the 11th round.

FilGoal.com shows you the standings after the end of the ninth round of the first stage of the Professional Handball League.

First, here are the results of the 11th round of the Egyptian Handball Professional League:

Sporting led the standings with 30 points, achieving 10 wins from 10 matches.

While the balance of Talaa Al-Jaish rose to 29 points after the tie, it remained in second place.

In third place, Al-Ahly’s balance became 28 points, and Zamalek fourth with 27 points and no loss from 9 games.

According to the regulations of the Egyptian Federation: the winner gets 3 points, and in the event of a tie, each team gets two points, while the loser gets one point.

The first stage of the competition begins with the participation of 18 teams, before they are divided in the second stage into three groups, before reaching the final stage for the best 4 teams to compete for the title.

The stages were divided as follows:

– The first phase, in which 18 teams participate in one group, with a league system of one role, and each team plays 17 matches, and the results of 2002 and 2004 are added to it.

The teams are ranked after adding the legal points from the related league, as the first 2002 and 2004 league gets 9 points, the second 8.5, the third 8, and so on until the eighteenth place holder.

The second stage: The teams are divided into three groups, the first of which includes the first six teams to compete to qualify for the last stage.

After the end of the second stage, the legal points of the linked league are added, and the first-placed team gets 3 points, the second one gets 2.5, and so on.

The third and final stage: The first 4 clubs to play two combined rounds to determine the league champion, with each team playing six matches.

These were the details of the news FilGoal | News | handball for this day. We hope that we have succeeded by giving you the full details and information. To follow all our news, you can subscribe to the alerts system or to one of our different systems to provide you with all that is new.