Watch .. A question about Riyad Mahrez embarrassing the star of... 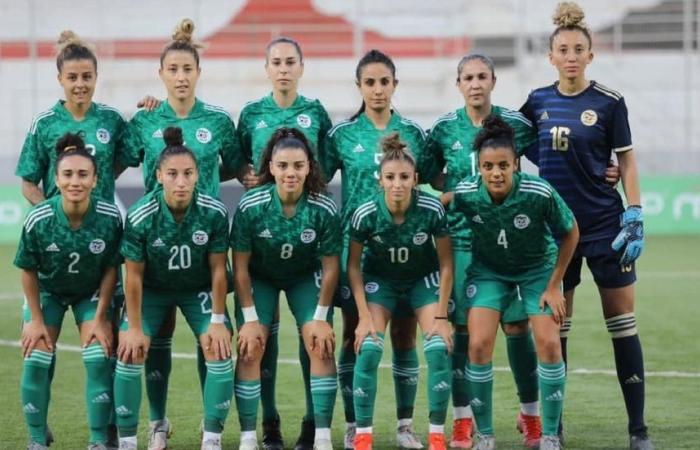 Iman Marouche, the star of the Algerian women’s football team, was exposed to an embarrassing situation, after her country’s victory over Sudan by a landslide (14-0) in the African Nations Cup qualifiers on Wednesday.

Iman Marouche concluded the goal celebration when she scored a brilliant free kick in the 82nd minute on the edge of the penalty area, which was blocked by the Sudanese team, in the manner of Riyad Mahrez, the star of the Algerian national team and Manchester City.

In a press conference after the match, a journalist asked Maroosh about her beautiful goal and its similarity with Mahrez’s goals, which caused her great embarrassment, and shyness appeared on her face with a smile before she withdrew from the interview.

It is noteworthy that the Algerian women’s football team scored a historic victory over its Sudanese counterpart, 14-0, yesterday, Wednesday, in the first leg of the first round of qualifying for the African Nations Cup, scheduled for Morocco in 2022.

These were the details of the news Watch .. A question about Riyad Mahrez embarrassing the star of... for this day. We hope that we have succeeded by giving you the full details and information. To follow all our news, you can subscribe to the alerts system or to one of our different systems to provide you with all that is new.