“Ansar Allah” announces the targeting of the airports of Dubai and... 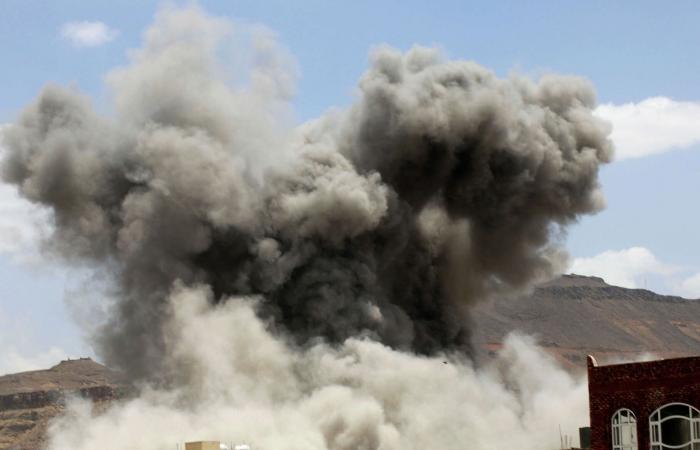 The “Ansar Allah” group in Yemen announced, this evening, Monday, the targeting of the airports of Dubai and Abu Dhabi and important sensitive sites in the Emirates with ballistic missiles and drones.

The military spokesman for the “Ansar Allah” group, Yahya Saree, said in a televised statement that “drones and ballistic missiles were used during the attack carried out by the group against the UAE,” adding that Abu Dhabi and Dubai airports and the oil refinery in Mussafah were targeted, along with other sites.

Saree added: “In response to the escalation of the US-Saudi-Emirati aggression, we carried out a qualitative and successful military operation, targeting the airports of Dubai and Abu Dhabi, the oil refinery in Mussafah, and a number of important and sensitive Emirati sites and facilities,” adding that “the successful operation was carried out with five ballistic and winged missiles and a large number of drones.” “.

He stressed that Ansar Allah, “will not hesitate to expand the Bank of Targets to include more important sites and facilities during the coming period,” declaring “the UAE is not safe as long as its aggressive escalation against Yemen continues.”

The UAE Ministry of Foreign Affairs condemned, earlier today, the attack by the “Ansar Allah” group on its lands, stressing that it reserves the right to respond. It promises that this targeting will not go unpunished.
The UAE Foreign Ministry said, in a statement, that “the UAE condemns the Houthi terrorist militia’s targeting of civilian areas and facilities on UAE territory,” stressing that it “continues its crimes without deterrence and seeks to spread terrorism and chaos in the region,” according to the statement. Emirates News Agency – WAM.

The UAE Foreign Ministry called on the international community to condemn these terrorist acts targeting civilians, considering that “these attacks are a heinous crime committed by the Houthi militia outside international and humanitarian laws.”

The statement affirmed,The UAE reserves the right to respond On those terrorist attacks, and vowing that this targeting will not go unpunished, offering condolences to the families of the deceased as a result of this criminal attack, and sympathy for the injured.
The Abu Dhabi Police announced that they had brought under control the fire that occurred in the “ICAD 3” area in Mussafah 3 deathsOne of them is a Pakistani and two are of Indian nationality, with 6 others injured in the accident, according to a statement carried by the official Emirates News Agency (WAM).

The police said that they spotted two drones near the site of the explosion of the three tanks, and indicated that the two planes may have caused the explosion, and that a “slight” fire had occurred in the construction areas of Abu Dhabi International Airport.

For its part, the Coalition to Support Legitimacy in Yemen announced, Intercepting and destroying 8 drones Throughout the day, it was launched towards Saudi Arabia, adding that he “is following the threat of hostile attacks using drones in the air: according to the Saudi Press Agency (SPA).

These were the details of the news “Ansar Allah” announces the targeting of the airports of Dubai and... for this day. We hope that we have succeeded by giving you the full details and information. To follow all our news, you can subscribe to the alerts system or to one of our different systems to provide you with all that is new.