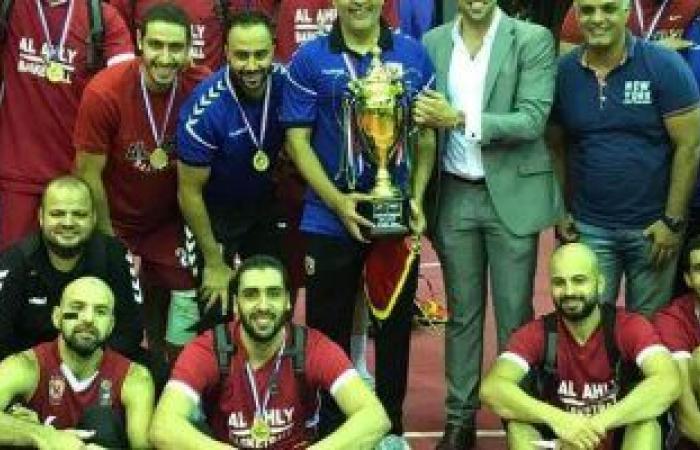 Al-Ahly basketball team defeated its counterpart Al-Ittihad of Alexandria 78/73 in the semi-finals of the Arab Championship hosted by Zaim Al-Thaghr.

Thus, Al-Ahly reached the final of the tournament, scheduled for tomorrow, where it will meet with Kuwait City.

Al-Ahly tied with Al-Ittihad at the end of the match, with a score of 68:68, and an additional period was resorted to, which resulted in Al-Ahly’s advancing to the final.

Al-Ahly advanced to the semi-finals after defeating Beirut in the quarter-finals, while Al-Ittihad of Alexandria advanced by defeating Al-Wakrah of Qatar.

Al-Kuwait Al-Kuwaiti qualified for the final of the competitions.

Ahmed Hamdi, a player for Al-Ahly club, suffered a head injury during his team’s match against Al-Ittihad of Alexandria, which is taking place between them in the semi-finals of the 33rd Arab Basketball Club Championship.

The player sustained a head injury that required him to undergo some medical stitches, and he returned to the field to complete the match with his team.

These were the details of the news Al-Ahly defeats Al-Ittihad and advances to the Arab Basketball Championship final for this day. We hope that we have succeeded by giving you the full details and information. To follow all our news, you can subscribe to the alerts system or to one of our different systems to provide you with all that is new.