Zamalek is awaiting the arrival of Cisse to undergo a medical... 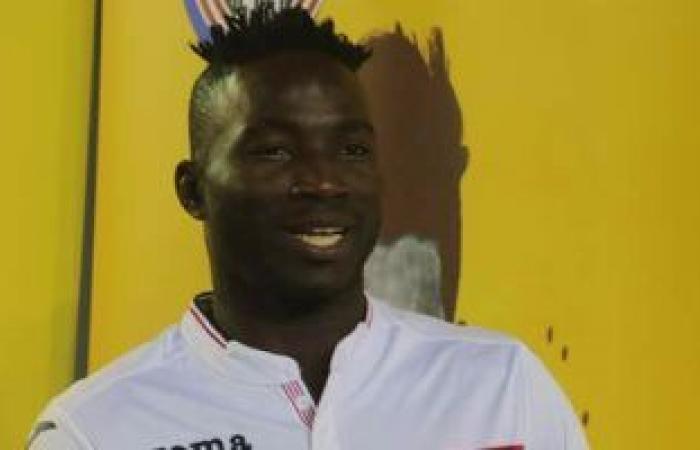 Zamalek Club is awaiting the arrival of the Ivorian player Razak Cisse from his country, in order to undergo a medical examination to determine his condition after suffering a knee injury that led to his departure from the stadiums, as the player completed the successful implementation of the rehabilitation program.

The French Patrice Carteron, the technical director of the first football team in Zamalek Club, decided to amend the center of the Ivorian Razak Cisse, the midfielder of the team returning from loan to the Alexandrian Federation, in order to compensate for the shortage in some centers and the inability of Zamalek to register new deals so far due to the crisis of prevention from registration by the Federation. FIFA International.

Carteron will push Barzak Cisse in the outright striker position to be a substitute with Tunisian Seif Jaziri, Omar Al-Saeed and Marwan Hamdi, especially since the right-wing position that Cisse is good at is occupied by many distinguished players such as Ahmed Sayed Zizou, Shikabala, Mustafa Fathi and Onajem.

Razak Cisse, who started his football career in the Egyptian League at Aswan Club in the 2016/2017 season, during which he participated with Zahrat Al-Janoub, scored one goal and assisted two goals.

The Ivorian drew the attention of Zamalek club to move to the White Castle in the following season 2017/2018, but he did not have a great opportunity to participate, as he participated in only 6 matches, during which he scored one goal.

In the same season, Sissia left for Al-Ittihad of Alexandria on loan to begin the journey of self-recovery with the leader of the gap. The total Ivorian participation with Al-Ittihad reached 104 matches, during which he scored 26 goals and made 14 other goals.

These were the details of the news Zamalek is awaiting the arrival of Cisse to undergo a medical... for this day. We hope that we have succeeded by giving you the full details and information. To follow all our news, you can subscribe to the alerts system or to one of our different systems to provide you with all that is new.