The date of the match between Egypt and Libya in the... 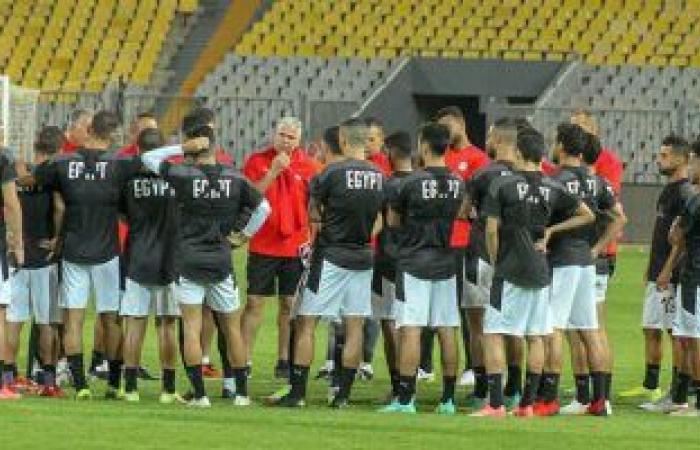 The Egyptian national football team is preparing for a new challenge when it hosts Libya in the third round of the African qualifiers for the 2022 World Cup that will be held in Qatar, under the leadership of a new technical staff led by Portuguese Carlos Queiroz in the first official test for him and his assistant who took over the task, succeeding Hossam El Badry. Who was thanked after the poor performance in the matches Angola and Gabon, where the team won in the first meeting and tied with Gabon in the second match.

The date of the match between Egypt and Libya

The match between Egypt and Libya will be held at nine oclock this Friday evening, at the Borg Al Arab Stadium, Alexandria.

The date of the match between Egypt and Libya .. Intense sessions at the Pharaohs camp

The last hours witnessed intense sessions from the technical staff and senior players to emphasize the strength of the Libyan team, which is currently at the top of the group with 6 points, after winning over Gabon and Angola, and the need to win today’s match to top the group with 7 points and not focus from now on the fourth round meeting on Monday. next in Libya.

The date of the match between Egypt and Libya .. Change the plan

The last training before today’s match witnessed Queiroz thinking about changing the team’s plan and pushing new players, led by Ibrahim Adel, the Pyramids player, who performs well in training, and Ramadan Sobhi’s return to the starting formation and leading the left front, while there is still strong competition to push Akram Tawfiq in the full-back positions. The right-hand side is at the expense of Ahmed Fathi and Ayman Ashraf’s return to the left-back position, and it is likely that today’s formation will be Muhammad Al-Shennawi in the goalkeeper, in front of him is Ahmed Hegazy, Mahmoud Al-Wansh, Ayman Ashraf and Akram Tawfiq, and in the middle is Tariq Hamed, Amr Al-Sulayya, Abdullah Al-Saeed and Mohamed Salah, who carries the badge of leadership of the Pharaohs today and Ramadan Sobhi Mostafa Mohamed is the only striker, and a number of players such as Ibrahim Adel, Mohamed Elneny, Ahmed Hassan Koca and Sayed Zizou must be paid in the second half, according to the events of the meeting.

The date of the match between Egypt and Libya .. the absence of fans

These were the details of the news The date of the match between Egypt and Libya in the... for this day. We hope that we have succeeded by giving you the full details and information. To follow all our news, you can subscribe to the alerts system or to one of our different systems to provide you with all that is new.